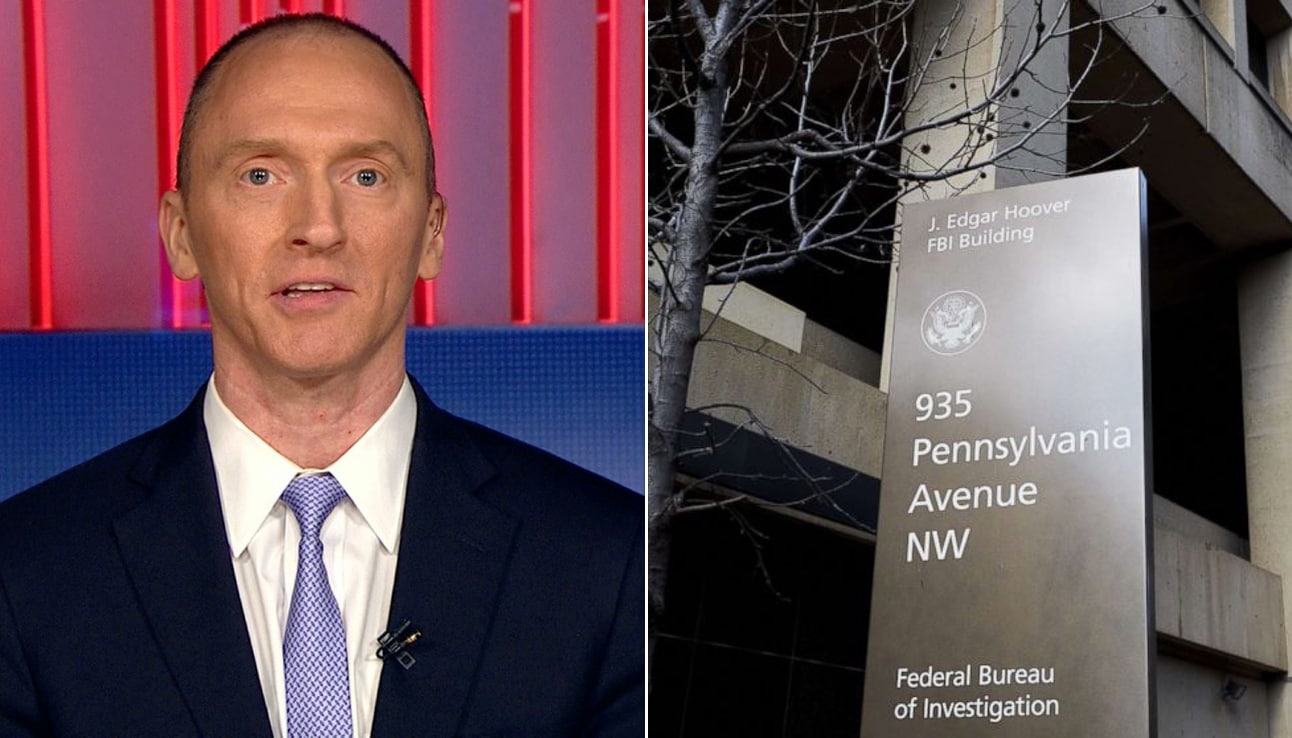 The original Woods file on former campaign advisor Carter Page went missing more than two years ago, and according to sources who spoke to SaraACarter.com, those documents had to be recreated by the FBI and former Special Counsel Robert Mueller’s team in 2018 from the Foreign Intelligence Surveillance Application used by the bureau to obtain the warrant on Page. That FISA was used in part to investigate President Donald Trump’s campaign and the now-debunked theory that it colluded with Russia during the 2016 election, according to several sources, with knowledge, who spoke to this reporter.

The woods file procedure, which was overseen by FBI Supervisory Special Agent Joe Pientka, and ultimately former FBI Deputy Assistant Director Peter Strzok, was used to verify the contents in the Foreign Intelligence Surveillance Act application that was used to obtain a warrant to spy on Page.

Moreover, during Pientka’s numerous interviews with investigators from the DOJ’s Inspector General’s office, who likely have worked for both Michael Horowitz and Connecticut prosecutor John Durham – the fact that it was a recreated Wood’s file was never disclosed.

In fact, it had been missing for an unknown period of time, possibly up to two years and officials did not become aware it had disappeared until last week during a closed-door Senate Intelligence Committee hearing.

Pientka attended the closed-door hearing, along with other FBI officials, according to sources familiar with the proceedings.

“The real story here is how does the FBI, Special Counsel’s Office and Inspector General figure out if the Wood’s file went missing through malice or through incompetence,” said a source with knowledge if the circumstances.

Pientka has so far been cleared by the Justice Department and not charged with any wrongdoing. According to sources, he has been speaking and cooperating with Justice Department officials and members of Congress. He still maintains active employment with the FBI, unlike Strzok, FBI lawyer Lisa Page, former Deputy Director Andrew McCabe and former Assistant Director Bill Priestap, among others.

“The fact that the investigation was run as a ‘special’ out of FBI Headquarters is not unique,” said a person familiar with the situation. “However, running an investigation like that out of headquarters causes all sorts of problems including access to control and sensitive items, improper storage and handling of those sensitive items, and the ability for individuals to become involved in things or gain access to information that they should never rightly have.”

“The real story here is how does the FBI, Special Counsel’s Office and Inspector General figure out if the Wood’s file went missing through malice or though incompetence,” the source added. “Either answer doesn’t reflect well on this investigation.”

FBI officials did not respond by close of business after being contacted several hours earlier. However, this story will be updated once a response is received.

Justice Department spokesperson Kerri Kupec could not be reached by phone or email for comment.

The information regarding Carter Page’s woods file also comes on the heels of an announcement Tuesday by Justice Department Attorney General William Barr and FBI Director Christopher Wray that they are rolling out a series of new reforms and procedures for seeking approval of intelligence-related surveillance of campaign staff and officials.

These reforms “will empower the FBI to build a more robust internal compliance program … that will ensure, among other things, the accuracy of [Foreign Intelligence Surveillance Act] applications, as well as the active oversight of applications targeting federal elected officials, candidates for federal elected office, and their staffs,” the news release stated.

Carter Page, author of the new book “Abuse and Power: How an Innocent American Was Framed in an Attempted Coup Against a President,” sent a statement to SaraACarter.com saying, “after years of waiting for basic level of accountability in the U.S. intelligence community and the Democratic party, the crooks continue to roam free in Washington.”

He noted that as “we approach the next presidential election, these latest small steps by the DOJ and FBI have not yet sufficiently addressed the criminal acts by ruthlessly partisan political actors in the swamp.”

“The cancerous abuses by the once-respected National Security Division have still not found an effective remedy, following the destruction of so many loyal American citizens,” he added.

In fact, Carter Page’s life was turned upside down when members of the intelligence community and federal law enforcement apparatus began leaking false information to the media. They used the unverified FISA application, that was later discovered to have numerous errors and omissions that were purposefully done to obtain the warrant to spy on him.

Last month, FBI lawyer Kevin Clinesmith pleaded guilty to altering an email that would have cleared any suspicion about Page conspiring with Russians. The email was verification that Page was acting on behalf of the CIA and had cooperated with the U.S. government on numerous occasions.

In fact, the Woods file procedure, which was named after FBI Special Agent Michael Woods and instituted in 2001, is to ensure that there are no inaccuracies and that all the information in a FISA application is verified. The application can only be presented to the court once it is verified.

With original Wood’s file missing, investigators now will be unable to properly determine where or how the information presented to the FISC was verified, altered or omitted, according to multiple sources.

The FISA, however, also relied on a shoddy dossier compiled by former British spy Christopher Steele, who was paid by the Hillary Clinton campaign and the DNC to dig up dirt on Trump. The dossier has now been discovered to be bogus but it was used as a supporting piece of evidence in the FISA to get the warrant.

The investigation into Trump and his campaign, however, was known as a ‘special’ and bureau kept the investigation at headquarters where “the odds of leaks were believed to be less likely,” said one source. However, FBI headquarters in Washington D.C., unlike the FBI’s 56 field offices, is incapable of appropriately storing and securing information in investigations.

The history behind the FBI’s FISA application to obtain a warrant to spy on Page is long, murky and scattered in documents obtained by Congressional investigations that have taken years to complete.

Those texts and emails are invaluable to understanding what transpired. In one exchange durning October, 2016, Strzok emails Page, about the FISA. The back and forth included former FBI Deputy Director McCabe and how they would get him to push the DOJ to. sign off on the warrant to spy on Carter Page.

McCabe, like Strzok, was fired for lying numerous times to the DOJ’s Inspector General investigators under then Former Attorney General Jeff Sessions.

In the email with the subject line, “Crossfire FISA” – referring to the FBI’s code name for its probe into the Trump campaign’s 2016 election and the bureau’s now debunked theory members conspired with Russia – the pair discussed what they would tell McCabe regarding the FISA.

“Still an expedite?” one of the emails stated. The reason they were expediting the process was because the election was only months away and the agents were desperate to have access to Carter Page’s communications.

“Any idea what time he can have it woods-ed by?” said Strzok to Page. “I know it’s not going to matter because DOJ is going to take the time DOJ wants to take. I just don’t want this waiting on us at all.”

However, without the Woods procedure files we may not ever know what transpired and what information was actually used to target Carter Page.

The truth, however, resides in all the agents and former senior Obama officials with knowledge of the FBI’s role and their role in handling the case.

The malfeasance ran deep and straight to the top of the bureau. Attorney General Barr and Durham shouldn’t leave any stone unturned and expose what happened to the American public.

There is no way that a file of that significance can go missing in an investigation into a Presidential campaign and then a President of the United States.

The next question we should be asking is “why didn’t anyone know until now?”