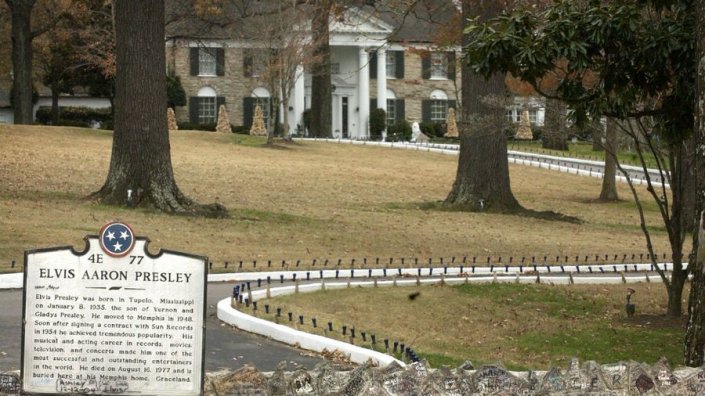 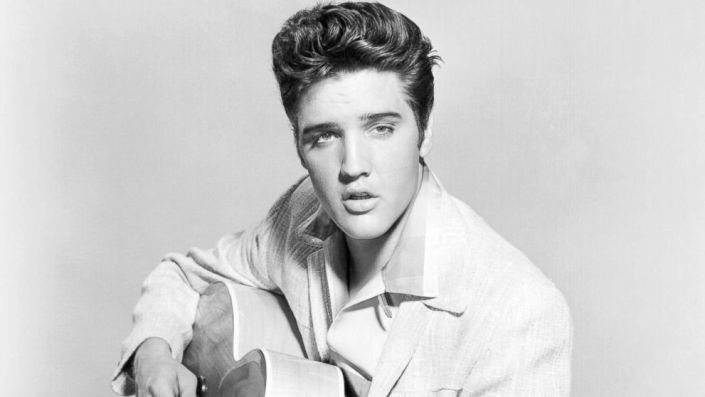 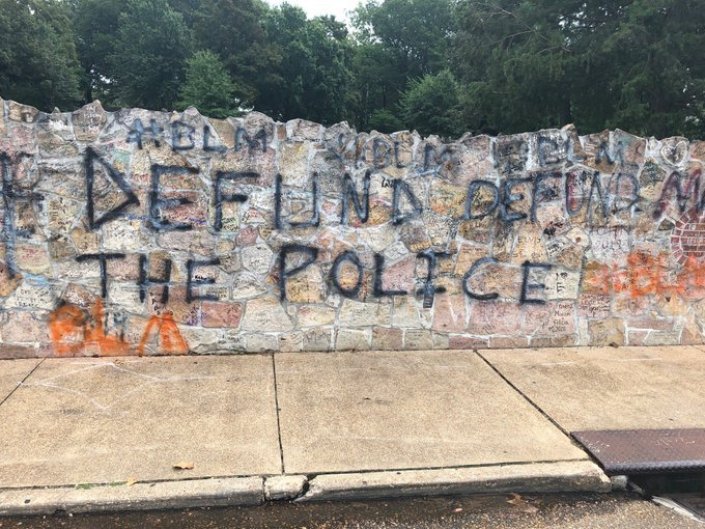 The Levitt Shell, a Depression-era landmark in Overton Park, and Graceland in Whitehaven were targeted overnight Tuesday, Sept. 1, by vandals painting Black Lives Matter, defund the police and obscene messages on the two properties.

The graffiti was discovered Tuesday morning when employees of the two music landmarks came to work. Spokesman David Beckwith said “Graceland has no comment,” about the vandalism on the sidewalk and the wall in front of the late Elvis Presley’s home.

Officials at the Levitt Shell have filed a police report. There are no cameras onsite, although plans were already in place to install them in the coming weeks, said Natalie Wilson, the Shell’s executive director.

“What’s breaking my heart the most is we have a heartbroken community. We have a city that’s so sad. It is the pain that is expressed. It just broke my heart,” Wilson said.

The city of Memphis has removed the graffiti from the stage, but the outdoor entertainment venue must repaint the band shell. Because the venue is a historic landmark, there are specific guidelines to follow and, although they don’t have a price, it will expensive, she said.

The coronavirus pandemic has shuttered entertainment venues like the Levitt Shell, which is run by a nonprofit organization and is seeing its worst financial year ever, Wilson said.

“We’re look at around a $700,000 shortfall right now. That’s devastating for a small nonprofit,” she said.

“I couldn’t breathe when I saw it,” Wilson said.

Crews are cleaning up after someone spray painted the walls of Graceland with messages like “Defund MPD” “Arrest Breonna Taylor’s murderers” and “BLM” and more. I’ll give you a live look on @FOX13Memphis midday. pic.twitter.com/iggrafPLb8 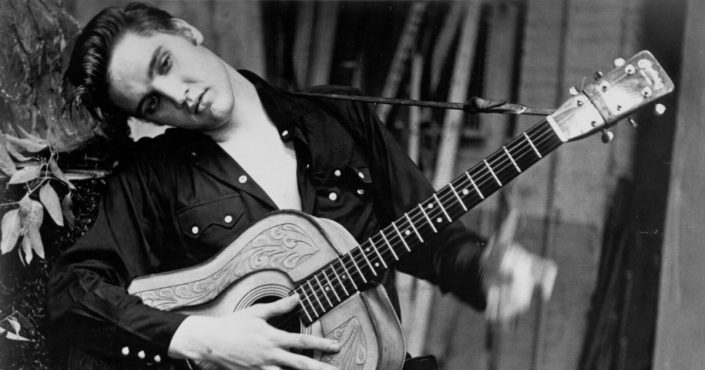