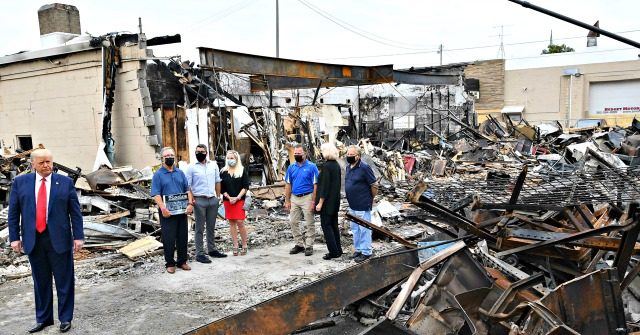 Kate Bedingfield, the former vice president’s deputy campaign manager, issued a statement shortly after Trump returned from the trip, claiming the president had “failed once again to meet the moment.”

“Kenosha is in pain, not only from the tragedy of senseless violence, but from immense and avoidable suffering wrought by the Trump administration’s failed and reckless management of the COVID-19 pandemic and the economic devastation that has followed,” Bedingfield said, adding the public “didn’t hear a word about a plan to finally control this crisis.”

“While disappointing to every American, this sad display comes as no surprise,” she added.

Bedingfield’s remarks come one day after Biden commenced in-person campaigning with a speech in Pittsburgh, Pennsylvania. In his remarks, Biden addressed the mounting social unrest that has swept most of the country since the shooting of Jacob Blake by Kenosha police.