It’s time to be brutally honest and face the enemy as a united nation.  Trump supporter Aaron “Jay” Danielson was murdered on the streets of Portland Oregon.  Danielson’s murder was caught on camera, and everyone, including thousands of people who watch social media, know exactly who killed him, a man named Michael Reinoehl. 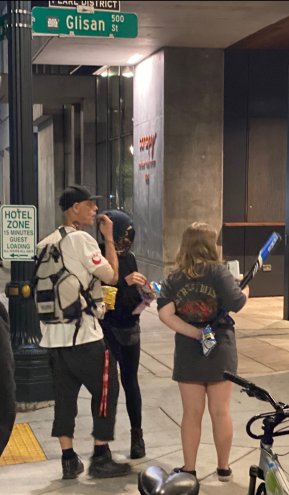 However, despite everyone knowing exactly who carried out a politically motivated assassination, Reinoehl (pictured left in white T-shirt) has not been arrested.

The Portland police, the FBI and the United States Department of Justice have not arrested him; and the only logical conclusion to be gained from that reluctance is that Antifa supporter Reinoehl is also a supporter of Black Lives Matter and Joe Biden.  Therefore no-one does anything.

When you accept this reality, it is only then that we can start to fathom just how seriously screwed up the U.S. system of justice has become.

If you support Trump you are a disposable statistic; however, if you support the mob all efforts will be undertaken to protect you from the consequences of your own violent action.

This is the absolute worst scenario for our nation…. death and murder are now defined by politics.  However, this isn’t the first time this has happened, it is just the most transparently obvious; and a major escalation amid years of politically motivated violence.

Now we are entering an era where Thunderdome rules apply on the streets of U.S. cities.

In Provo, Utah, a group of armed Black Lives Matter terrorists surrounded a vehicle at an intersection. The driver would not exit the vehicle to be beaten by the mob. One of the BLM activists pulled a gun and demanded the driver come out, when the driver refused the terrorist opened fire shooting the driver. The driver hits the gas and tries to escape, the terrorist fires through the rear window as another armed terrorist joins the fray from the opposite side of the street. WATCH:

According to local media, police are determining whether to charge the driver of the vehicle for not complying with the mob’s demand for the beating; thereby putting the other terrorists at risk. “It’s unclear if the driver of the SUV who was shot is facing any possible charge for driving through the protesters after being shot.”

Here’s an enhanced video of the incident:

UTAH – “Several protesters began crowding around the vehicle,” said John Geyerman, Provo Police deputy chief. “The male protester ran toward the SUV on the passenger side, pointed a handgun at the driver, and shot one round through the window. The driver who was struck by the bullet accelerated, trying to leave the situation. The same protester ran after the vehicle and fired a second shot that went through the rear passenger window.”

Officials said the same man who allegedly fired the shots into the SUV also approached another vehicle and broke the window with a handgun.

The driver was taken to Utah Valley Hospital.

Police are looking for the alleged shooter and are asking for anyone with videos or pictures of the incident, or any other information, to contact PPD at 801-852-6210. (link) 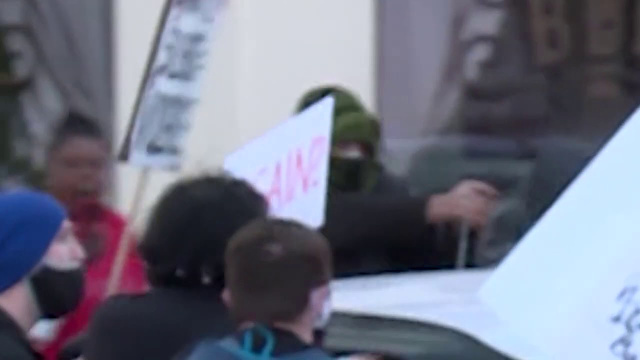 In another recent example a woman driving with her daughter through Fredericksburg, Virginia, is attacked by a mob of Black Lives Matter terrorists. Panicked the lady calls 911 for help, the response from the 911 operator is to chastise the woman and tell her to “call city hall” with her complaint.

This is a prime example of what Joe Biden Democrats support. WATCH:

…And in yet another recent example if the random victim does not accept the beating, they are deemed a racist. 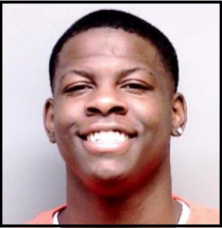 The media are allies in this BLM project.  Anyone who does not willfully submit to the BLM effort, is castigated as the source of their own brutality.

The example in Michigan ends with a familiar sentence: “Prosecutors said there was not enough evidence to support a hate-crime charge.”

Damire Palmer, of Mount Morris Township, faces one count of felony assault with intent to do great bodily harm less than murder for the June 26 attack on the employee inside the Flint department store. Palmer is still in the wind.

“This was an unprovoked attack on a Macy’s employee,” said Genesee County Prosecutor David Leyton in a statement. “This behavior as seen on the video is unacceptable, it is criminal, and it cannot be allowed.”

In surveillance video that prosecutors obtained from Macy’s, Palmer walks around the store then approaches the manager from behind and clocks him in the head, knocking him to the floor, officials said.

While the manager is on the ground, Palmer pummels him, the footage shows, according to authorities. Palmer then exits the store with his brother. (read more)

The thugs are running wild in Democrat cities. Buy a gun. Become well-versed in self-defense laws. Learn to use your weapon with proficiency. Learn gun safety. Take America back. pic.twitter.com/TCiOO3TaHI