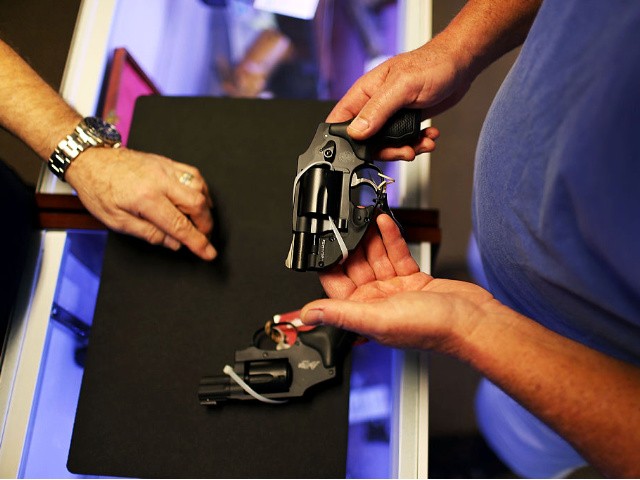 As millions of Americans have poured into gun stores and set background check records for seven straight months, the normally vocal gun grabbers on the left have gone silent.

Consider the example of Joe Biden, a man who spent months on the campaign trail promising universal background checks, an “assault weapons” ban, a “high capacity” magazine ban, and even voiced support for government-mandate buybacks of certain firearms, yet did not mention gun control one time during his Democrat National Convention acceptance speech.

CNN published a transcript of the speech, and the absence of any gun control mention, much less a gun control push, is demonstrable.

Kamala Harris did not mention gun control during her August 19, 2020, DNC acceptance speech either.  NBC News posted a transcript of Harris’s speech and the closest she got to pushing gun control was simply mentioning Biden’s work to secure the 1994 “assault weapons” ban.

But Harris did not call for a ban now, nor did she use her speech to press for universal background checks, a change in law to remove frivolous lawsuit protections for gun makers, or a government-mandated buyback of certain firearms, although these are all gun controls she pushed again and again during her months on the campaign trail.

Looking beyond the words of Biden and Harris, have you noticed that Hollywood elites have grown a little quieter about gun control as well?

Perhaps it is the videos of riots in Democrat-run cities attacking innocents or the seemingly endless violence in Democrat-run Chicago and New York City or relentless war on cops or a combination of all three and more, but the gun control push is not what it was, on that we can all agree.

Also, one cannot underestimate the impact seven consecutive months of recording-breaking background checks, January 2020 through July 2020, have had as well. Nor can one pretend that nearly five million first-time gun buyers during those seven months fail to indicate a rebirth of the importance of self-defense in the American psyche.

Running on gun control did not bode well for the Democrat presidential ticket in 2016 and the new-found silence of Biden and Harris may indicate they know it is not a winning topic in 2020 either.