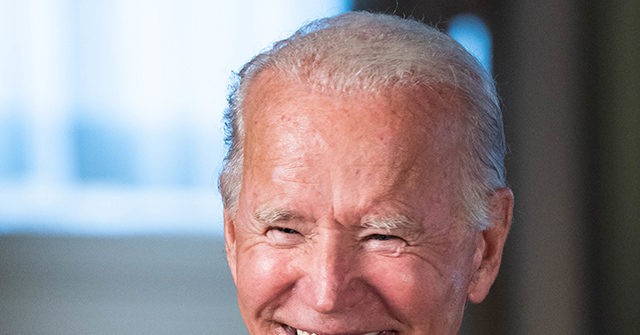 “In the recent days, we’ve had a lot of talk of who is going where, and how I’ve decided to come to Pittsburgh to talk a little bit about what’s going right now,” Biden began in his remarks at a Carnegie Mellon University facility outside of Pittsburgh. “In the early days of World War II, Franklin Roosevelt, and I quote, ‘the news is going to get worse and worse before it gets better and better, and the American people deserve to have it straight from the shoulder.’”

“He doesn’t want to shed light, he wants to generate heat, and he’s stroking violence in our cities,” he added, flubbing the common expression “stoking violence.”