Black Lies Matter Marxists chanting “abolish the police” have torn down a statue of Sir John A MacDonald in Montreal, the Scotsman who became Canada’s first prime minister. Sir John’s statue crashes to the ground with such violence that it is completely decapitated, with the “lawless mob” cheering euphorically and an activist rushing forward to “teabag” the long-dead statesman’s head after it comes to rest. 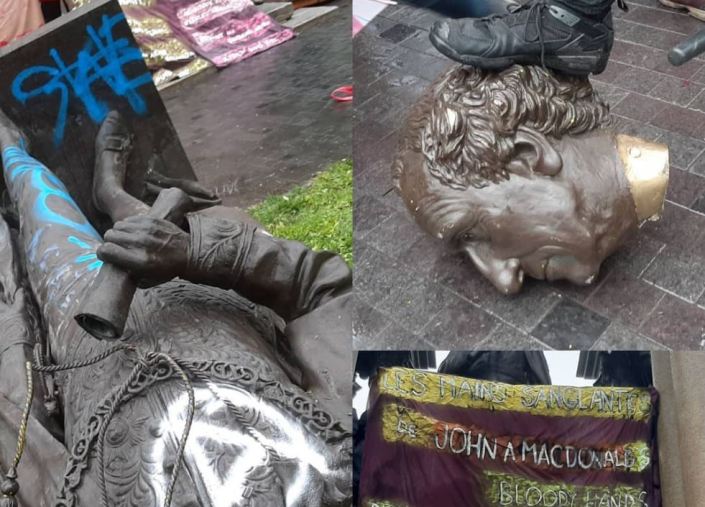 Schiff and Bolton are TOAST: Trump Declares ‘Game Over’