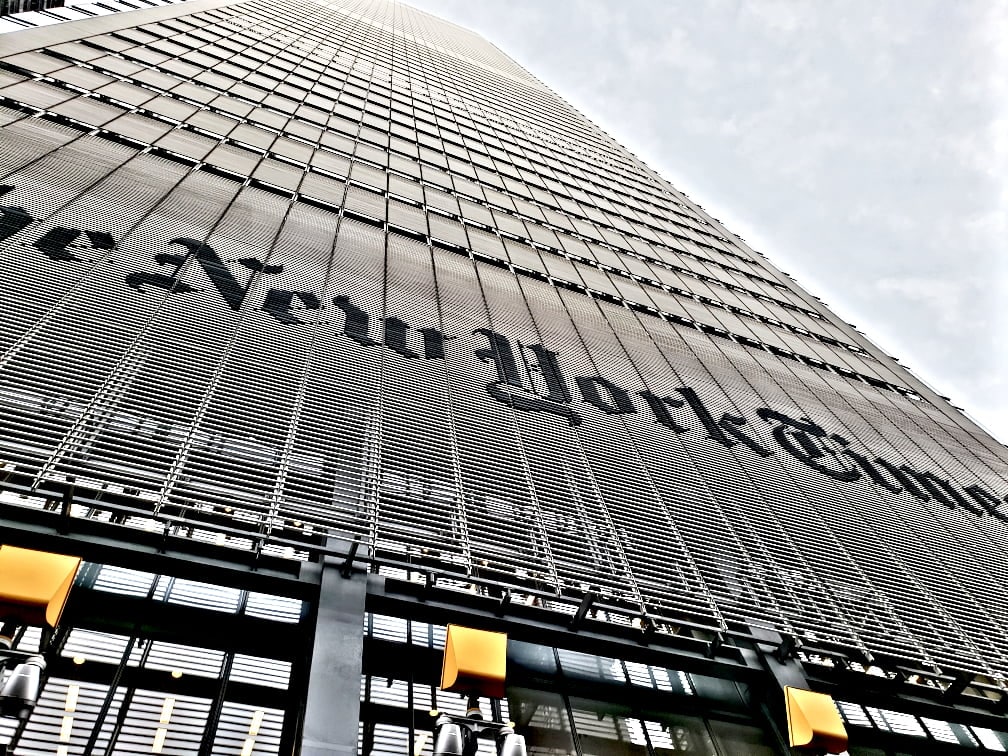 Former Alaska Gov. Sarah Palin’s defamation lawsuit against the New York Times is heading to court. Judge Jed S. Rakoff of Manhattan’s Federal District Court said in his decision that there was “sufficient evidence to allow a rational finder of fact to find actual malice by clear and convincing evidence.”

Palin, like former Covington Catholic student Nicholas Sandman, who won his defamation lawsuit against The Washington Post on his 18th birthday in 2019, is suing on the grounds that the paper defamed her person and is libel for a completely false story about her. In 2008, then Palin, a Republican vice presidential candidate sued over a June 14, 2017 editorial that was published after the horrific shooting in Alexandria, Virginia that almost killed then House Majority Whip Steve Scalise.

In the editorial, the NYT referred to a January 2011 shooting where six people died and Congresswoman Gabrielle Giffords was seriously wounded. The writer lied saying that Palin’s political action committee had circulated a map before the shooting that showed 20 Democrats including Giffords under “stylized cross hairs,” like the ones at shooting ranges. It wasn’t true.

What we have witnessed happening to the U.S. media since has been astonishing. The media has been weaponized against political opponents in such a way that it clearly has done extreme harm to the nation. It isn’t the watchdog it should be keeping check on the government, exposing corruption and weeding out the bad players. These once trusted news organizations are now dividing our country, sowing seeds of chaos and operating – for the most part – as an arm of the Democratic party.

The way to prevent these irregular interpositions of the people is to give them full information of their affairs thro’ the channel of the public papers, & to contrive that those papers should penetrate the whole mass of the people. The basis of our governments being the opinion of the people, the very first object should be to keep that right; and were it left to me to decide whether we should have a government without newspapers or newspapers without a government, I should not hesitate a moment to prefer the latter. But I should mean that every man should receive those papers & be capable of reading them.

Instead, the main stream media outlets have taken sides. It is its own elitist political character that detests middle America, hates President Donald Trump and is willingly assisting the Democratic Party without having to be coerced what-so-ever.

Palin, Sandman and Lokhova’s lawsuits are about the only thing that can keep these media giants in check. These lawsuits are not easy to win and the cost to hire attorneys who can fight them can be the greatest deterrent. I believe for the most part that’s the reason why these media giants over the years have been so lackadaisical and set aside their own rules to become a part of the system.

Many of the reporters and their editors are no longer protecting the voiceless but their pocketbooks, connections in Washington D.C. and have themselves become addicted to their own celebrity. They see themselves as powerful and they don’t want to lose their invitations to the White House dinners, parties and Washington D.C. elites.

Sandman’s defamation lawsuit against The Post was $250M. The amount of his settlement has not been made public but that wasn’t the only one. He “settled similar lawsuits against NBC Universal in U.S. District Court in Covington and then, in March, added ABC, CBS, USA Today owner Gannett, The New York Times and Rolling Stone.” He settled a separate lawsuit against CNN earlier this year.

So grateful for Sandman and so grateful Palin. They are holding the main stream media accountable for many of the lies they’ve been spewing to the public. How is a republic expected to survive when the free press that we trusted is in the pocket of an ideology and political party?

Look at what happened when I began investigating the FBI’s role in former National Security Advisor Lt. Gen. Michael Flynn’s case and all the lies published about him being an agent of Russia, allegedly having an affair with a Russian spy, as well as The Washington Post’s role in leaking classified information for a political opponent in an attempt to destroy the Trump presidency.

These news organizations also targeted Svetlana Lokhova, an innocent Russian born but British citizen, who was a scholar at Cambridge and who briefly met Flynn during an event in London.

Lokhova, who is married and has a young child, is now also suing numerous news agencies and outlets for making false claims that she was a Russian spy and had an affair with Flynn. Her life was turned upside down, along with the three-star general.

What about Carter Page and all the lies leaked to the media about him from a false dossier compiled by a British spy who was in the pocket of the Democratic Party? What about the FBI’s role in falsifying the Foreign Intelligence Surveillance Act application against Page so the bureau could spy against the Trump campaign?

He is also suing numerous media outlets who defamed him publicly. Moreover, those lies led to direct threats against his own life.

What about the unmasking of American citizens private communications by senior members of the Obama Administration?

Where for the most part has the main stream media been in all of these issues other than to target other organizations that broke the stories, spew the lies of their sources that worked for the CIA, FBI and DNI under Obama and target any innocent American that supports President Trump?

The lawsuits against these media giants are the only checks and balances really left in our system to ensure that there is at least some justice and hopefully, if someone takes the time to read the decisions in the cases they will know the truth.

If we don’t have accountability then what? If we don’t get the truth to the American people then how will we make informed decisions that will effect the future of our nation?

For those of you, who still don’t believe that the NYT or The Washington Post are spewing lies, ask yourself why did they settle with Sandman, why didn’t they fight back as they have in the past.

Because these outlets know what they’ve been doing and they will continue to do so until the are broken financially or have someone in charge that truly believes that the greatest asset to a democracy is a free press, one that is truly free of bias.