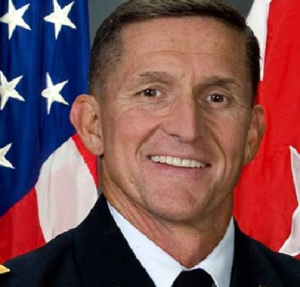 If Vladimir Putin was willing to help President Barack Obama seal the misbegotten Iranian nuclear deal, Lt. Gen. Michael Flynn, then chief of the Defense Intelligence Agency (DIA),was not. His resistance made him a target, especially once he started advising candidate Donald Trump. As to who launched the disinformation campaign against Flynn, the jury is still out. Best evidence, however, suggests forces within the CIA working in tandem with its friends in the media.

The co-conspirators started publicly setting the trap with a February 2016 Reuters article teasingly titled, “Trump being advised by ex-U.S. Lieutenant General who favors closer Russia ties.” https://reut.rs/2EwzoEL This was a bold gambit. As recently as July 2015 Obama was telling Tom Friedman of the New York Times, “We would have not achieved this [Iran nuclear] agreement had it not been for Russia’s willingness to stick with us and the other P5-Plus members in insisting on a strong deal.” https://nyti.ms/3jaDTnz

Obama praised Putin a year after Putin annexed the Crimea. That invasion was so much water under the bridge for Obama but apparently not for Flynn. Just months later, it was considered newsworthy that Flynn would advise Trump to “work more closely with Russia to resolve global security issues.”

“Flynn raised eyebrows among some U.S. foreign policy veterans,” wrote Steve Holland and Mark Hosenball of Reuters, “when he was pictured sitting at the head table with Putin at a banquet in Moscow late last year celebrating Russia Today, an international broadcasting network funded by the Russian government.” The reporters’ “three sources,” all said to be “former foreign policy officials,” failed to mention that Flynn had been briefed by the DIA before the dinner and debriefed afterwards.

What made me suspicious about this article was the Mark Hosenball byline. Hosenball appears to have been carrying water for the intelligence community (IC) for at least twenty years, maybe twice that long. To say the least, he has a curious background.

Hosenball moved to England when he was 17 to attend school. After spending a year in England and three in Ireland, he moved back to England to become a reporter. This information comes from a 1977 British appeals court document explaining why the United Kingdom chose to deport the 25-year-old Hosenball “in the interests of national security.”

“The Secretary of State believes that Mr. Hosenball is a danger to this country. So much so that his presence here is unwelcome and he can no longer be permitted to stay,” reads the document. Reportedly, Hosenball was one of a group of people who were “trying to obtain information of a very sensitive character about our security arrangements.” The document does not identify on whose behalf Hosenball was allegedly spying, but it affirms the government’s decision to deport him nonetheless.

The American intelligence community did not appear troubled by Hosenball’s actions. As the New York Times reported at the time, “A United States Embassy spokesman said that he knew of no United States pressure on Britain to discipline Mr. Hosenball.” https://nyti.ms/3jeLgdO Nor did the deportation seem to hurt Hosenball’s career. By 1993, he was working for Newsweek. By 1997, he was using Newsweek to spread CIA disinformation.

In 2003, I met Hosenball at the Newsweek office. At the time, I was promoting First Strike, a book I co-authored with James Sanders on TWA Flight 800, the 747 that mysteriously exploded off the coast of Long Island on July 17, 1996.

In that pivotal election year, surely with a nod from the Clinton White House, the CIA quietly masterminded the disinformation campaign that followed TWA 800’s destruction. After sixteen months of behind-the-scenes chicanery, the CIA assured America that what the eyewitnesses actually saw was not a missile streaking toward the 747, but the fuselage of the burning, climbing 747 rocketing upwards some three-thousand-plus feet after its fuel tank had blown up spontaneously. As would happen again in 2016, the FBI publicly fronted for the CIA. In a presidential election year, the media, of course, played along.

At the time, no reporter endorsed the CIA’s fraudulent scenario more enthusiastically than did Hosenball. His Newsweek article on the subject began with a dig at “conspiracy theories” and went nowhere positive from there. https://bit.ly/3lk50OM CIA analysts had convinced Hosenball that “infrared images captured by spy satellites” proved its theory of the plane’s demise. This revelation came as news to the FBI. Its comprehensive summary issued just a week before Hosenball’s November 1997 article did not once mention the word “satellite.”

The NTSB’s final report made only vague mention of “infrared sensor information from a U.S. satellite” and that in reference to the CIA’s video recreation. The New York Times avoided the subject altogether. Yet here was Hosenball saying that the CIA had “spy satellites designed to monitor unfriendly foreign countries pointed at the Eastern Seaboard.”

This was bunk. If the satellites showed what Hosenball claimed, federal officials would not have needed the CIA’s trumped up zoom climb animation. Surely, too, the FBI and NTSB would have used the data to buttress their shaky, inconclusive summaries. In a letter to then congressman John Kasich two months after the press conference, the CIA quietly buried the subject: “No satellite imagery of the disaster exists.” This translates, “No satellite imagery exists that would help us make our case.”

Hosenball uncritically embraced the CIA video. Under his byline, Newsweek ran a fully affirmative, nine-frame, full-color recreation captioned with the unlikely boast, “CIA Photos.” For Hosenball, the video provided a necessary rebuttal to “speculation about a mystery missile.” As he told the story, “some” of the “244” FBI witnesses claimed to have seen a streak of light arcing across the sky. In reality, 258 of the 736 official FBI witnesses claimed to have seen a missile or missiles attacking the plane, several of whom were pilots.

Had Hosenball been sporting a CIA nametag he could not have done more to legitimize the agency’s crude rewrite of history. As it happens, his Newsweek writing partner at the time was Michael Isikoff. I met with both of them. Neither had any interest in seeing the information Sanders and I had gathered.

Oh, yes, that was the same Michael Isikoff who in September 2016 first revealed that intelligence officials were investigating Trump adviser Carter Page’s “private communications with senior Russian officials.” Christopher Steele was Isikoff’s direct source. A few weeks after the article’s publication in Yahoo News, the DOJ and the FBI packaged the Isikoff article along with the Steele dossier in their application to the Foreign Intelligence Surveillance Court (FISC), specifically to monitor Carter Page.

Renegade Rolling Stone reporter Matt Taibbi was the only journalist on his side of the barricades to say what should have been obvious to everyone in the media: “Being on any team is a bad look for the press, but the press being on team FBI/CIA is an atrocity, Trump or no Trump.” 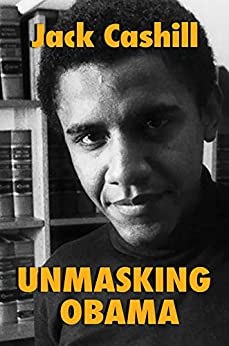 To check out Jack Cashill’s new book, Unmasking Obama, or his previous book, TWA 800: The Crash, The Cover-up, The Conspiracy, please see cashill.com.

Self Delusion & The Nature of American Denial

CDC Head: ‘We Need a Lot More Resources in Order to Get the Schools Safe’