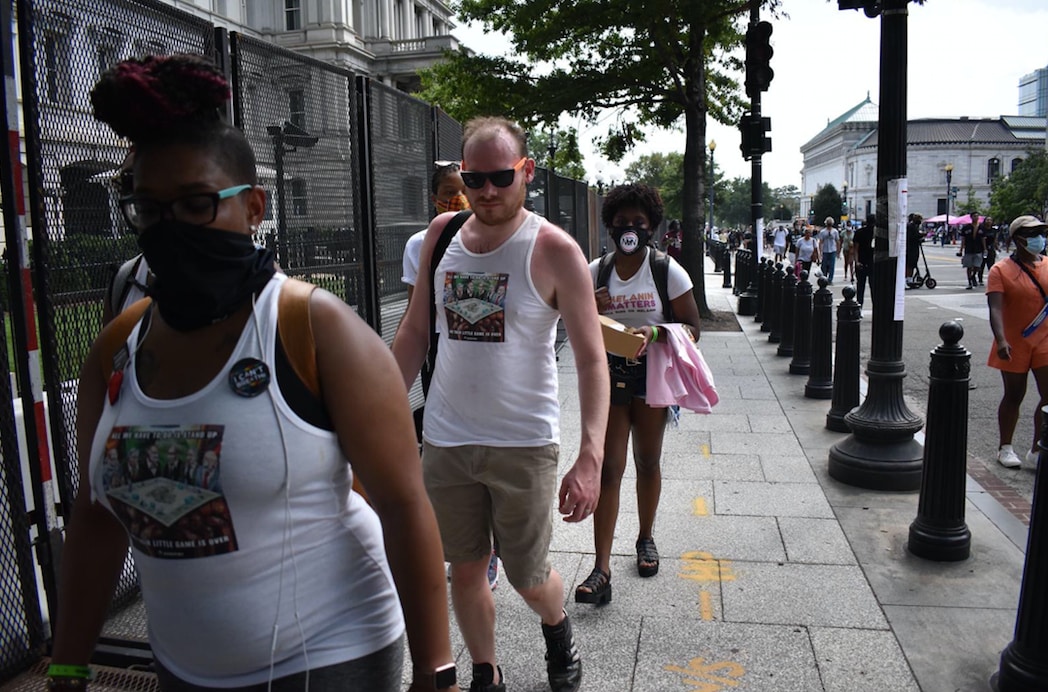 On Friday, Sara A. Carter and I walked through the streets of Washington D.C. to cover a historic event. The 2020 March on Washington marked 57 years since Martin Luther King Jr.’s “I Have A Dream” speech and it brought out a crowd of passionate protestors wanting to bring about more change amid growing calls against police brutality.

The day was mostly peaceful, but the rhetoric was certainly extreme. Protestors walked with signs and some were leading chants against law enforcement.

Many wore the words “Black Lives Matter,” on t-shirts, hats, and masks. But, I spotted a group wearing an image that I’m all too familiar with that stuck out in a sea of “Black Lives Matter” merchandise. The group of at least three people, both White and Black, walked through the crowd. On their shirts was an image rooted in hate.

The image was something I remembered from an antisemitic post on Twitter by rapper Ice Cube. He posted it in June when he was infamously posting a string of antisemitic tropes. His tweet was since deleted.

The one he shared and the same one on the group’s shirts showed the caricatures of Jewish businessmen playing the world as a game of Monopoly. And, in the image, the board game was supported on the backs of Black men.

The same image was removed from a wall in London in 2012. It was originally supported by Labour Party leader and known antisemite Jeremy Corbyn.