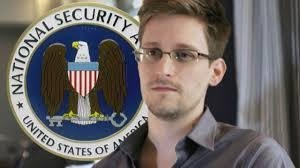 The name ‘Edward Snowden’ represents different things to different people. For those interested in government transparency and the rule of law, he is a hero, a man who initially tried to go through the ‘proper’ channels to publicize the blatant injustices he saw. To others, he is a traitor, a government employee who had the temerity to question the basic U.S. government doctrine that whatever the U.S. does is good, the citizens are too ignorant to form a reasonable opinion of it, and U.S. allies should be kept in the dark.

This latter view, unsurprisingly, is the one adopted by the government and its various elected officials. Until a week ago, it was the view of the current U.S. president, the erratic and unstable Donald Trump. In 2013, following Snowden’s revelations, Trump said that Snowden was “a spy who should be executed.” However, earlier this month, that same president said “there are a lot of people who think that he is not being treated fairly”, and is said to be considering pardoning him.

This is not consistent with what other Republicans have said about Snowden. Former President George W. Bush who, like Trump, only became president due to the bizarre institution known as the Electoral College, said that Snowden had “damaged the security of the country” by exposing the criminal activity in which the country was involved. Bush’s vice-president, the snarling, war-profiteering, war-mongering Dick Cheney, called Snowden a traitor, and suggested he might be a spy for China. And other prominent Republicans, during the 2016 primary season, echoed Cheney:

Prominent Democrats were indistinguishable from Republicans on Snowden:

Now, one might wonder why Trump has suddenly had this epiphany. Is it because he abruptly has had a change of heart, and now sees that justice for everyone should be the goal of government? Does he recognize that, as the late Rev. Dr. Martin Luther King, Jr. once said: “Injustice anywhere is a threat to justice everywhere”? One would be naïve indeed to think that the raging narcissist called Donald Trump would ever consider any of this. But there may be a reason for his dangling of a pardon in front of Snowden.

Shortly after sort of winning the election in 2016 (we must remember that the odious Hillary Clinton garnered nearly 3,000,000 more votes than Trump), the outgoing president, Barack Obama, refused to pardon Snowden. At that time, Obama said this about a possible pardon for Snowden: “I can’t pardon somebody who hasn’t gone before a court and presented themselves.” This, of course, was disingenuous, since several presidents, including Obama, have issued pardons for people who never went to trial. Perhaps one of the most notable cases was the pardon issued by then President Gerald Ford of his predecessor, Richard Nixon. And Obama himself pardoned three people who had been charged with some violations of the Joint Comprehensive Plan of Action (JCPOA), but had not gone to trial.

It has been no secret that one of Trump’s overarching goals for his presidency is to reverse anything Obama accomplished (The Affordable Health Care Act; the JCPOA, etc.). Since Obama refused to pardon Snowden, that in and of itself might be sufficient reason for Trump to do so.

But even Trump’s most ardent sycophants are given pause by the suggestion that their hero would pardon a man that conservatives love to hate. South Carolina Senator Lindsey Graham and Representative Liz Cheney from Wyoming strongly oppose any pardon for Snowden. Even Attorney General William Barr, who operates more as a Trump campaign operative than the nation’s highest law enforcement officer has gone on record as opposing the pardon.

There are many lessons to be learned by Snowden’s revelations that go beyond the information that he exposed. Perhaps the key fact is that U.S. government officials are united in their quest to punish those who expose criminal activity, rather than those who are perpetrating that activity. Former president Obama and former secretary of state Clinton both said that Snowden didn’t follow the correct process. Based on information offered by Snowden himself, this is simply not true. And for Obama and Clinton to rail against someone for not following the rule of law is laughable, when one considers how they said nothing about the major violations of international law perpetrated on a daily basis against Palestine. They made no objections to Saudi Arabia’s violations of the human rights of that country’s own citizens. They decimated Libya, leaving the nation once “considered to be the Switzerland of the African continent”, in chaos, with death and destruction continuing to this day.

Trump’s possible pardon of Snowden, a man who should be considered a national hero, does not represent any change in Trump’s attitudes; rather, it is more of the same: reverse any and all Obama policies. Democrats and Republicans have been mainly united (there has been some dissent within the Democratic Party) in their condemnation of his actions and their opposition to a pardon. What Trump decides to do is anyone’s guess. He governs by Tweet and executive order, often not advising his closest advisors, or the people his pronouncements most impact, of his decisions before they learn of them from news programs.

It is to be hoped the Trump will pardon Snowden; despite the fact that he may do it for all the wrong reasons. Edward Snowden is a global hero and deserves to live out his life free from the U.S.-caused oppression he has suffered from these last several years.

This article was originally published on Peacedata.

Robert Fantina is an activist and journalist, working for peace and social justice. A U.S. citizen, he moved to Canada shortly after the 2004 presidential election, and now holds dual citizenship. He serves on the boards of Canadians for Palestinian Rights, and Canadians for Justice in Kashmir, and is the former Canadian Coordinator of World Beyond War. He has written the books Propaganda, Lies, and False Flags: How the U.S. Justifies its Wars.; Empire, Racism and Genocide: A  History of U.S. Foreign Policy and Occupied Palestine: Israel, the U.S. and International Law. He is a frequent contributor to Global Research.