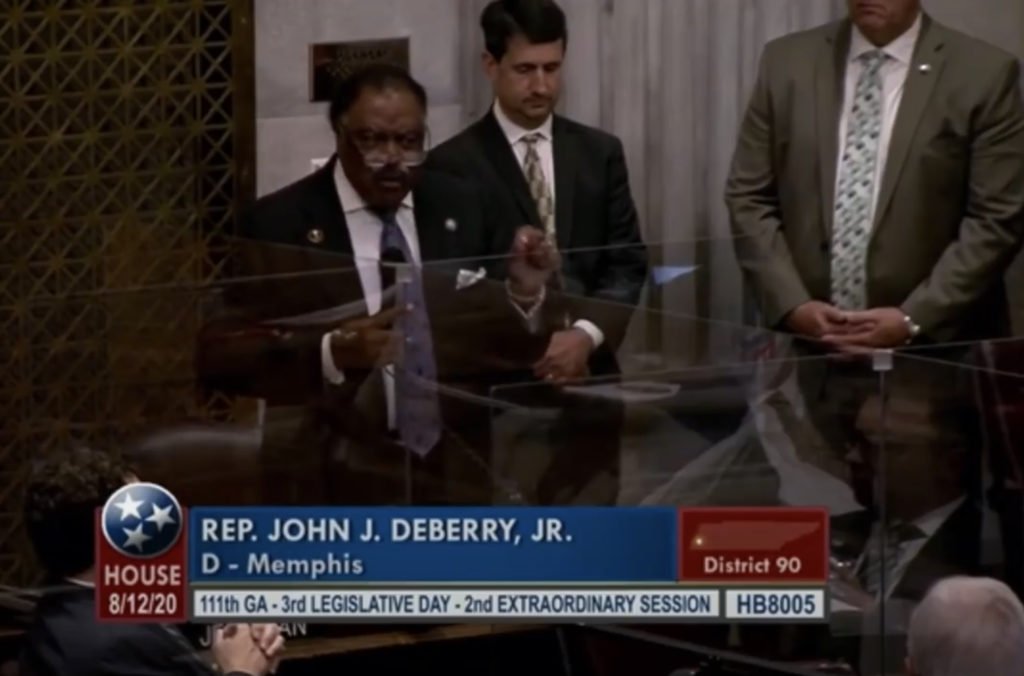 Tennessee State Representative John DeBerry Jr. delivered a powerful speech against the riots earlier this month in a house session, where the Democratic representative denounced the non-peaceful riots and expressed fear for the future.

DeBerry recounted the history of the civil rights movement and the peaceful civil rights protests he witnessed as a child, reminding the chamber of what made the protests and marches of the 1960s successful. “I saw it. I saw men and women stand with courage and integrity and class, and they changed the world,” he said.

DeBerry described what happened when protests of the 1960s turned violent, saying, “When the riots started and folks started burning stuff down, that’s when my father took my arm and we left. We left because that was not what we were there for. That was not what Dr. King was there for.”

DeBerry denounced the ongoing destruction, violence, and property damage caused by rioting across the country.

If we don’t start standing for something don’t you know that the people that are looking at what’s happening in Washington, in Detroit, in Portland, in Seattle, they’re getting emboldened because we act like a bunch of punks. Too frightened to stand up and protect our own stuff. You tell me that somebody has the right to tear down property that Tennessee taxpayers paid for? That American taxpayers paid for? And somebody has the right to destroy it, deface it, and tear it down? What kind of people have we become?

Peaceful protests ends peacefully, anarchy ends in chaos. What we see happening right now, any of us with any common sense, any common sense whatsoever, know that what we see is not peaceful. So we can continue to fool ourselves and mix with words and use rhetoric and public relations in order to frost this stuff over and put a nice picture on what we see that is frightening.

DeBerry predicted possible consequences of his words saying, “I’m sure everything I say is going to be misconstrued and misquoted and used against me in November. Fine, fine, because I stand for my father‘s legacy.”

The consequences DeBerry mentions are very real this election year. In May, the Tennessee Democratic Party’s State Executive Committee voted to remove DeBerry from the Democratic primary ballot after 26 years in office. One of the committee members who voted to remove him said that DeBerry wasn’t “exemplifying the basic Democratic principles.“