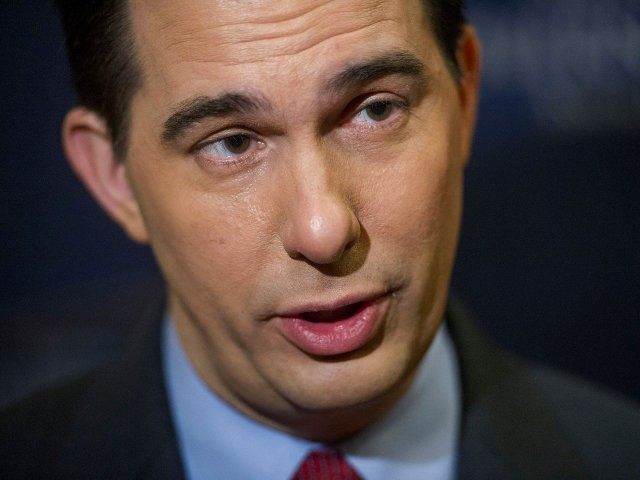 Walker assessed the risk of rioting in Kenosha as high following the police shooting of Jacob Blake, a 29-year-old black man. He reflected on an incident he addressed as governor in August of 2016 in Milwaukee, WI, where a black man was fatally shot by an officer.

Walker said, “I can look at what I did several years ago, when Milwaukee had what could have been a situation like this — an officer shooting an African-American gentleman, actually both the officer and the gentleman were African American. It really could have lit up. I talked immediately to the mayor [and] to the sheriff at that time. The mayor of Milwaukee didn’t want assistance. The sheriff, David Clarke, did.”

Walker coordinated a response to the 2016 incident involving the state’s national guard, state and local police, and clergy.

“We sent members of the Wisconsin State Patrol in to help the sheriff at the park where this was all happening,” recalled Walker. “We immediately sent in members of the Wisconsin National Guard, and put them a couple of minutes away — a few blocks away — in a transit center, and then we worked with local clergy who were just spectacular. They came out on the streets and helped calm the situation.”

Walker advised, “TI suggested four days ago, [Kenosha] needed a couple thousand National Guard members, not 100 or 125, or whatever the initial number was. They needed law enforcement assistance from all the local communities, which has stepped up, despite the governor, and they needed federal help.”

“Thank God for Congress and Bryan Steil, who reached out to talk to local officials and actually called the White House,” Walker stated. “They hadn’t gotten a call from the governor. In fact, the governor at first didn’t call Mark Meadows back, just to show you what a what a crazy situation this was.”

From the local paper that has endorsed plenty of Democrats in the past about Democrat Gov Evers: pic.twitter.com/H4arfE6mmT

Democrat AG finally put out a statement. Democrat Gov finally took help from @POTUS Democrat nominee for President finally mentions violence in Kenosha. All about same time this afternoon. Did this happen by chance?

Walker noted that Evers initially rejected offers of help from Trump to dispatch federal authorities to restore and preserve order. He said Evers reversed course when local Democrat officials urged him to.

“The local officials, including many who are Democrats, to their credit, they don’t want this in Kenosha,” said Walker. “They care about their people, and finally, once the president said yes, after they came back and said they’d accepted, then and only then did we start to see things quiet down.”

Walker concluded, “[Kenosha] is still little on edge, but thank God for President Trump saying, ‘We will help take care of you,’ and as he pointed out again yesterday, all you have got to do is call. [Trump] legally needs to have requests from folks at the state and local level. We can take care of problems anywhere in the country. This president is ready and able to do that, but the people in distress need to call.”