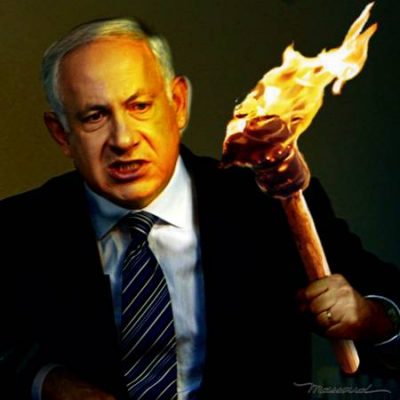 Israeli Prime Minister Benjamin Netanyanu is, once again, battling for his political life and personal freedom. Thousands of protesters calling for him to resign have continued to mount protests outside his official residence in Jerusalem. They demand he step down while he is on trial for corruption, fraud and influence peddling. As his ongoing trial is expected to carry on until mid-2022, he is absolutely determined to remain in office, as this provides immunity from arrest although not complete immunity.

During Saturday’s demonstration he was dubbed, “Crime Minister”, and balloons adorned with the portraits of politicians smeared with dirt were flown over the gathering. The protesters represent multiple causes. Environmentalists condemn Israel’s failure to address global warming and climate change. Women demand improvements in education and the judiciary system.

“The economy is in free fall with about 1 million unemployed and a raging pandemic, and [Netanyahu] is busy dragging the country to another round of elections because his trial is more important that the state of Israel.”

The movement, founded in April, opposes the coalition deal between Netanyahu and Blue and White leader Benny Gantz, which Black Flag contends undermines Israeli democracy. Black Flag accuses the judiciary of illegally postponing Netanyahu’s trial calls on him to resign.

On Sunday, Israelis staged a strike at noon to protest widespread violence against women and the courts’ leniency towards abusers.

While a majority of Israelis breathed a sigh of relief when Netanyahu suspended his controversial plan to annex Israeli West Bank colonies and the rich agricultural region of the Jordan Valley, he has been slammed by settlers who belong to his political “base”. They accuse him of reneging on pledges made during the three recent, indecisive election campaigns. Their alienation weakens Netanyahu at a time he is already weak. His main problem is that he has been too long in the job of prime minister. Many Israelis are weary of him, his bluster and reliance on the right at the expense of everyone else.

Netanyahu and Gantz have sidestepped a fourth election for the time being by agreeing to extend until November 23 the deadline for adopting the 2020 budget. If they fail to reach a deal by then, the fragile government will have to dissolve and new elections will follow.  This would be the worst possible scenario for Netanyahu since he would no longer have immunity and could be arrested.

Therefore, Israel continues to face domestic political uncertainty as well as the global uncertainties created by COVID-19. It has tightened its grip on Israel, which has surpassed 100,000 cases with 800 fatalities and is currently suffering 1,400 cases every 24 hours. To lower the number of cases to 400 a day, the country’s corona czar Roni Gamzu said would take at least 90 days.

He warned that a trip by thousands of ultra-orthodox Hasidim to Ukraine to visit the tomb of a revered 19th century rabbi would force a fresh lockdown once they returned home. This would be extremely unpopular with Israelis who are desperate to return to “normal” life although their high covid infection rate is a result of the reopening of schools, restaurants, bars and other amenities. Fortunately for the government, which depends on the good will of the Hasidic community, Ukraine has banned the trip for Hasidic Jews from Israel and elsewhere.

Netanyahu remains plagued by besieged and blockaded Gaza, where militants continue to fly into southern Israel balloons bearing incendiary devices, which start blazes in summer dry locations. Bombing and shelling Gaza has not forced the balloonists to stop. Israel is threatening to slay leaders of Hamas, which rules Gaza, in retaliation.

Although many Israelis argue Netanyahu should negotiate peace, the Palestinian Authority has refused talks with him as he rejects the land-for-peace formula which could lead to the emergence of a Palestinian state alongside Israel. This is the last thing Netanyahu wants. He is fully committed to Greater Israel in all Palestine.

Netanyahu and the allied Trump administration have failed to curb Iran’s activities in Syria and Lebanon despite Washington’s “maximum pressure” campaign to use sanctions to counter Tehran’s regional reach. While Israel has urged the Trump administration to wage war on Iran, it has, so far, resisted this call. Frustrated Netanyahu seems to have ordered Israeli intelligence to sabotage Iran’s Nantaz nuclear plant and other sensitive sites.

Some commentators have predicted that under pressure from Netanyahu, Donald Trump could mount October surprise strikes on Iran in the expectation that, as a wartime leader, he would automatically be reelected. Like Netanyahu, Trump is desperate for a second term because the office of president provides immunity from prosecution for various crimes he may have committed before reaching the White House — and, perhaps, during his first term. However, in response, Iran could target US allies in the Gulf and cause a conflagration which would not boost Trump’s election prospects.

Netanyahu’s grip is weakening. A poll released last week showed his Likud would still have the largest number of seats in the Knesset if elections are held soon but the party would poll 29 seats instead of the 36 it holds now. Blue and White, headed by Gantz, would win only nine seats compared with the 33 it took during the last election in March. The Blue and White bloc, comprised of centrist and leftist parties which had formed as an alternative to the Likud, fractured as soon as Gantz decided to form a government with Netanyahu. Both men face a precarious few months while Israelis take to the streets in a summer of simmering discontent.

Featured image is by Massoud Nayeri

Carney: Surprise! Democrats Say Stimulus Talks Are Back On

The Most Expensive Meal In California: How One Lockdown Lobbyist Dinner Sent Gavin Newsom Spiraling