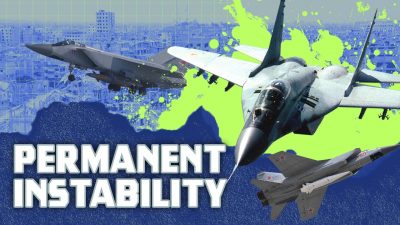 Russian and Syrian forces eliminated 327 ISIS militants during a joint security operation that took place in the desert areas of Homs and Deir Ezzor from August 18 to August 24.

According to the Russian side, strikes of the Syrian Air Force, the Russian Aerospace Forces, field artillery and actions of special forces units in the desert also allowed to eliminate 134 shelters, 17 observation posts, 7 warehouses and 5 underground storage areas belonging to ISIS terrorists.

The operation came in response to a series of successful ISIS attacks on pro-government forces in the Homs-Deir Ezzor desert. One of these attacks, near Deir Ezzor city on August 18, led to the killing of Russian Major-General Vyacheslav Gladkih. Taking into account the numbers provided by the Russian side, the August 18-24 operation likely delivered a powerful blow to ISIS cells hiding in the desert. Nonetheless, it is unlikely that the ISIS threat was fully removed.

As long as areas not controlled by Damascus remain, ISIS will always have a place to hide and restore its forces.

On August 25, a Russian military vehicle was targeted with an RPG along the M4 Highway, during the 25th Turkish-Russian Joint Patrol. No Russian personnel received serious injures. According to photos from the site, a BTR-80’s wheel was damaged during the attack. This became the second attack on a joint Turkish-Russian patrol in southern Idlib in a week. The previous one targeting a Turkish military vehicle took place on August 17.

The regular attacks on Russian-Turkish patrols in southern Idlib reveal that the de-escalation process is not going very well. In fact, al-Qaeda-linked groups still keep a dominant position in the ‘opposition-controlled’ Idlib and have not been separated from their ‘moderate’ allies.

On August 14, Russia even temporarily suspended joint patrols with Turkey in the area due to Ankara’s inability to guarantee the security of patrols and fulfill its obligations under the de-escalation deal. It appeared that the decision had been reversed, as they began again on August 17, however the attacks resumed shortly thereafter.

In these conditions, the continuation of joint patrols by Turkey and Russia apparently puts its forces involved in such actions in danger. If the threat of al-Qaeda-linked radicals is not addressed, militants bolstered by the previous successes will likely increase their attacks on these patrols even further.