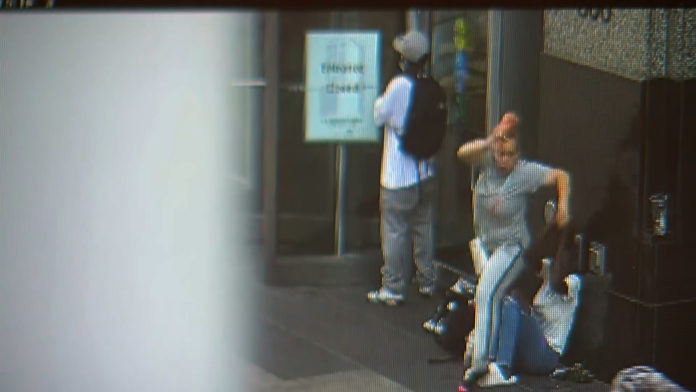 MINNESOTA — Demonstrators were gathering, protesting, vandalizing and looting in Minneapolis Wednesday night after a homicide suspect killed himself in broad daylight.

As officers approached the unidentified suspect near 8th & Nicollet, he produced a gun, walked to the entrance of a business and fatally shot himself in the head. A terrified group of bystanders were directly next to him when he pulled the trigger.

Shortly after the unrest began, the Minneapolis police department released surveillance video of the event.

WARNING: Footage May Be Disturbing To Some Viewers.

Following the shooting, people began spreading rumors that police officers killed the man–and that he was unarmed. Police never fired a single round. pic.twitter.com/Lnz2ydaQtx

“This evening, a murder suspect committed suicide as police approached them,” the department said in a statement. “No officer weapons were fired. This is a tragedy for our community that is still hurting. Our condolences go to the families of the victims.”

Following the shooting, people began spreading rumors that police officers killed the man–and that he was unarmed. Police never fired a single round.

#BLM have started looting again. This comes from a Target in Downtown #minneapolis. pic.twitter.com/uQbwHGGhVh

The Mayor has called in the National Guard and a curfew was enacted immediately.

Minneapolis police have already established a perimeter around much of the looted areas: pic.twitter.com/Jp0Hu8z2BV

Minnesota Governor Tim Walz wrote on Twitter, “Minneapolis, it’s time to heal. We must rebuild and recover. Dangerous, unlawful behavior will not be tolerated. The State Patrol is headed to Minneapolis to help restore order. I remain in close contact with the city and every state resource stands ready to help bring peace.”