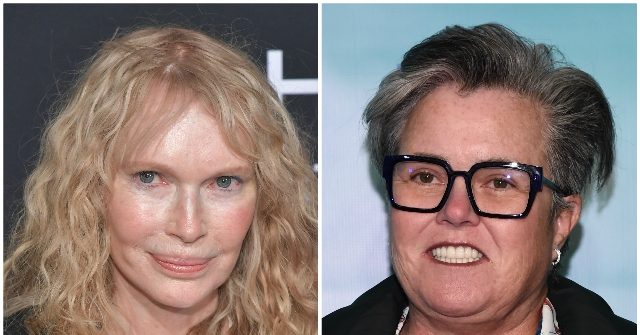 Nothing irritates an elite Hollywood left-winger quite like a strong, successful conservative woman.

Hollywood stars took their knives out for the Trump-supporting women who spoke during the third night of the Republican National Convention, singling out Kayleigh McEnany, Kellyanne Conway, Karen Pence, Marsha Blackburn, and even Catholic nun Sister Deirdre Byrne for mean-girl attacks and insults.

Celebrities including Mia Farrow, Alyssa Milano, and professional Trump haters Rosie O’Donnell and Kathy Griffin launched their social media attacks Wednesday evening as the RNC paid tribute to women who have made a mark on U.S. history, including Susan B. Anthony and the suffragettes who secured women’s right to vote.

so many women in Trump world look similar

yes she lies for him – shes a cult member #TrumpChaos https://t.co/Zl4CuFfaJn

And they’re both assholes. https://t.co/68xJDu4vWG

It’s so hard to know which mom @VP is talking about.

Milano also targeted Kellyanne Conway for saying that President Trump has empowered women who have worked for him. She also lashed out at Lara Trump, the president’s daughter-in-law.

Is she forgetting about the millions of Americans who are still unemployed because of his failed coronavirus response?#trumpchaos #BuildBackBetter

If you think a catholic nun supporting Trump, who has paid for abortions, is crazy… someone ask her about her employment at a religious organization that has been systematically aiding & abeding child rapists the whole time she’s worked for them! Nuns be crazy like that!

.@kayleighmcenany, you want us to feel sorry for ur health care paid for SAFE mastectomy that the President made a call about? FU. There’re thousands same as you who are struggling to have that treatment but can’t pay for it. He’s in court now fighting pre existing conditions.