Carter Page appears on Fox News for an interview with Maria Bartiromo to discuss a book he is publishing about the DOJ and FBI targeting him for surveillance and identifying him as “an agent of a foreign government” in 2016 and 2017.

Interestingly, Page notes [@02:56] he had five interviews with the FBI in March of 2017, and he connects those interviews to the possibility of leaks to the Washington Post.  However, it would be interesting to find out the exact dates of those interviews because the FISA application identifying him, leaked by James Wolfe, was delivered to the SSCI on March 17, 2017, as a “read and return” document.  It was after March 17th when the Washington Post wrote the article mentioned by Carter Page.

There is strong circumstantial evidence when the FISA application was delivered to the SSCI on March 17, 2017, that only James Wolfe and SSCI Vice-Chairman Mark Warner reviewed it.  First, it was “read and return”, back to the equity provider, FBI SSA Brian Dugan.  Second, if any other member of the SSCI had reviewed the application it’s doubtful they would have been requesting to review it in December ’17 and early ’18.  Common sense would indicate only Warner and Wolfe saw the application, and Warner never informed the committee of his review; hence their later requests.

Additionally, another unusual aspect to the FISA application delivery surrounds the 2018 letters written by Chairman Nunes (HPSCI) and Chairman Bob Goodlatte (House Judiciary) to presiding Judge Rosemary Collyer, where both chairman were being blocked by the special counsel from obtaining the FISA application and both were seeking to gain it from the FISA Court. 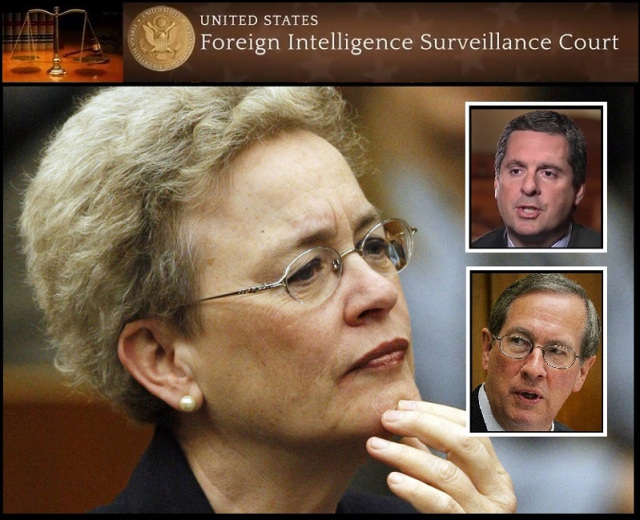 Collyer informed Goodlatte and Nunes that their request of January 16, 2018, was putting the judicial branch in a precarious position between the executive branch and the legislative branch.

Judge Collyer informed the committee chairman they needed to exhaust all other possible remedies for production prior to requesting intervention by the judicial branch.

She never mentioned it….. Why not?

One possibility for not informing the legislative branch is that Judge Collyer knew FBI Agent Brian Dugan was using the FISA application as part of his leak investigation, and the need to retain investigative value kept her from revealing the March 2017 delivery.

The original request from Nunes and Goodlatte was January 16, 2018.  The response from Collyer was February 15, 2018, which is really interesting.

On February 9th, the text messages between Senator Mark Warner and Chris Steele’s lawyer Adam Waldman were released.  On February 13th, the DOJ informed Ali Watkins about the court order granting FBI Agent Brian Dugan the authority to capture and review her text messages, phone and email communications.  All of these events are connected.

There was an underlying issue not being discussed within the communication – yet visible in the corner amid their engagement. That issue was the possibility SSA Brian Dugan may have modified the FISA documents as part of his leak investigation.

When the Dugan investigative file was then reviewed by the special counsel (due to their primary investigative authority) the Mueller team needed to cover the modification; hence their release of that specific document on July 21, 2018, came with redactions of all dates.

The special counsel would have received this investigative file from Dugan in the middle to end of January 2018.  Around the same time Nunes and Goodlatte were writing letters to Judge Collyer.

This mid to late January time-frame appears to be when Dugan’s file was scrubbed of the direct evidence tying Warner/Wolfe to the leak.  It appears the special counsel then gave Warner a ‘head’s-up’ about the captured text messages that were part of Dugan’s investigation.  Vice Chairman Mark Warner then coordinated a plausible justification for his communication with Waldman; and in short order, February 9, 2018, those texts were released to diffuse the controversy.

In essence, the FISA documents held by the court *may not be* identical to the FISA documents released by the Department of Justice. With good reason to suspect something was afoot, yet Dugan’s background work was unknown to Goodlatte at the time, Goodlatte was seeking to compare the DOJ copy (taken from Dugan, but he did not know that) with a clean FISC copy.  In hindsight Goodlatte was on the right trail.

Here are the Collyer responses.

Why didn’t Judge Collyer inform the legislative branch of the prior production to the SSCI?

Why didn’t any other senators -including SSCI committee members- know the FISA application had been delivered for review and return on March 17, 2017?

Was Mark Warner the only senator who knew of the FISA production March 17, 2017?

The motive for Warner to request the FISA application in March, and then seek to leak the content, is easily identifiable.  At the time (early 2017) the political resistance was trying to convince the public that Trump-Russia collusion had happened.  This was an effort to undermine the administration and get a special counsel put into place.

Warner leaking the reality of the FISA application’s existence stirred the media into action because now the media could push a narrative that Trump must be colluding with Russia or there would not be a valid FBI investigation of it…. and the FISA court was validating the issue with their own approval of a FISA warrant.

The leak of the FISA application served to prove there was some measurable validity to the fraudulent claim of Trump-Russia collusion… or else, so the narrative was spun, there would not be an FBI investigation into it.  That’s how the resistance drummed up the need for a special counsel to continue the operation against President Donald Trump.

That’s why Senator Mark Warner wanted to leak the FISA application; and it appears he used SSCI Security Direct James Wolfe to pull it off. 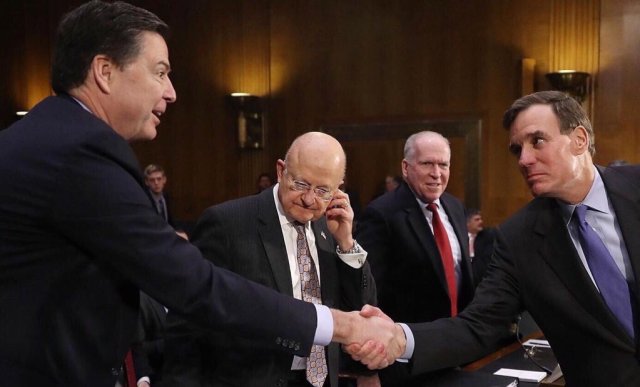