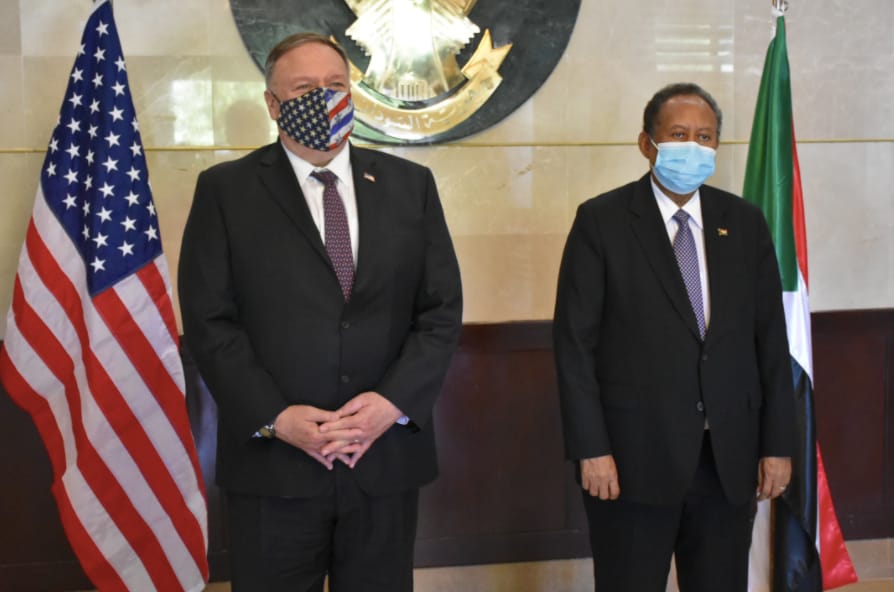 History is being made in the Middle East under the Trump administration and this week was no different as Secretary of State Mike Pompeo travels throughout the region to promote peace.

On Tuesday, he took part in the first official direct flight ever from Israel to Sudan.

It comes after the U.S. brokered a deal between the United Arab Emirates and Israel to normalize ties. That deal included establishing embassies, opening communications between citizens, and allowing tourism to take place between the two countries.

Many other Gulf countries have since signaled they’re looking to broker similar deals. However, peace with Israel is still an issue for the Sudanese government.

In fact, a Sudanese Spokesman was recently fired from his position in the government for reportedly saying his country was actively discussing normalizing ties with the Israeli government.

Sudan was the famous site where the Arab League met after the 1967 War to make clear they would not negotiate with the Jewish State.

During Pompeo’s visit, Sudan’s Prime Minister Abdalla Hamdok expressed that it would be more difficult to sway Sudan into making peace with Israel, saying he can’t “mandate” a deal.

Moreover, Sudan’s PM asked that the Trump administration “separate the process of removing Sudan from the list of states sponsoring terrorism and the issue of normalization with Israel.”