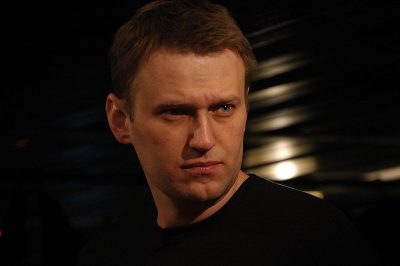 Claims by German doctors that Navalny was poisoned appear greatly exaggerated. See below.

Rushed to a Omsk, Russia hospital and placed in a medically induced coma, doctors at the facility diagnosed his illness as a metabolic disorder.

US and other Western headlines screamed otherwise, claiming he was poisoned. No traces of poisons were found in his blood or urine.

At the request of family members, he was flown over the weekend to Berlin’s Charite Hospital for treatment.

On Monday, a statement by the hospital said the following:

Navalny “is being treated in intensive care and remains in medically induced coma.”

“While his condition is serious, it is not currently life-threatening.”

“Clinical findings indicate poisoning with a substance from the group of cholinesterase inhibitors.”

“The specific substance involved remains unknown, and a further series of comprehensive testing has been initiated.”

“The effect of the poison – namely, the inhibition of cholinesterase in the body – was confirmed by multiple tests in independent laboratories.”

“As a result of this diagnosis, the patient is now being treated with the antidote atropine.”

“After close consultation with the patient’s wife, Charite is reassured that the decision to make details of the patient’s condition public would be in accordance with his wishes.”

Cholinesterase inhibitors (ChEIs) “are medications that prevent the breakdown of acetylcholine in the body,” Medicinenet explained, adding:

They “block the action of acetylcholinesterase.”

“Acetylcholinesterase is an enzyme that breaks down acetylcholine to an inactive form.”

“This reduces nerve cell communications in your body that use acetylcholine to help transmit cell to cell messages.”

“Cholinesterase (ko-li-nes-ter-ace) is one of many important enzymes needed for the proper functioning of the nervous systems of humans, other vertebrates, and insects.”

If “a person receives too great an exposure to cholinesterase inhibiting compounds, the body is unable to break down the acetylcholine.”

If Navalny was exposed to cholinesterase inhibitors, it doesn’t automatically indicate an attempt to poison him.

He’s undergoing further tests to learn more about his condition..

With scant public support in Russia, there’s no reason why its authorities would want him poisoned or otherwise harmed.

Like political Russophobes in Washington and London, they invent reasons to bash Russia, providing no evidence backing claims because none exists.

Note: Claims by German doctors that Navalny was poisoned were disputed by Russian doctors.

Russian toxicologists at Omsk “found no toxic chemical substances (in Navalny) that could be called poisons, or their residues.”

When Alexey Navalny was admitted to the in-patient clinic, he was examined for a wide range of narcotics, synthetic substances, psychedelic drugs and medical substances, including cholinesterase inhibitors. The result was negative.”

German doctors who examined Navalny agreed that their Russian counterparts involved in treating him “saved (his) life.”