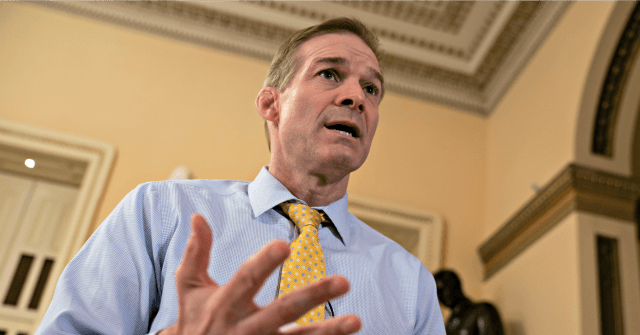 Rep. Jim Jordan (R-OH) delivered a fiery rebuke of the Democrats at the Republican National Convention on Monday, accusing the party of refusing to “denounce the mob.”

The congressman’s remarks came one day after rioting broke out in Kenosha, Wisconsin, after local police shot Jacob Blake, a 29-year-old black American man, several times in the back. According to local media reports, police were called to respond to a “domestic incident” at the site of the shooting. Several witnesses have claimed that Blake was attempting to break up a fight between two women when police arrived.

Video from the scene, which went viral on social media, shows Blake walking away from police as the officers have their weapons drawn. In the video, Blake is seen opening the door of an SUV as a police officer attempts to stop him before firing at least seven shots into Blake’s back.

After the video of the shooting appeared on social media, protests erupted on the streets of Kenosha. Those protests quickly turned violent on Sunday night, forcing the Wisconsin Gov. Tony Evers (D) to order in the state’s National Guard.