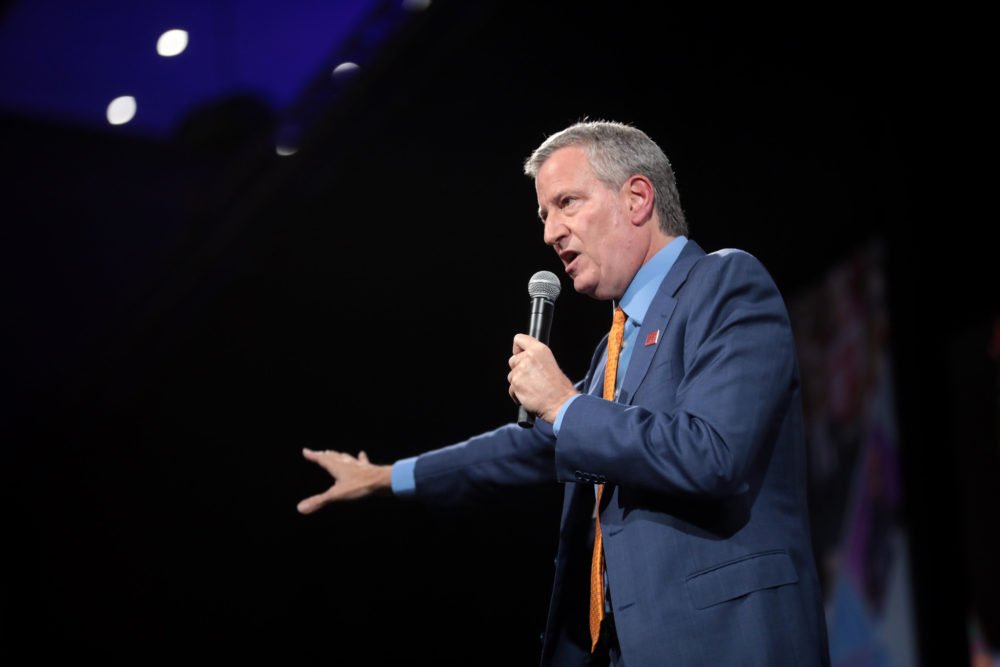 “If folks miss the theater, if they miss the indoor dining, those things will be back,” de Blasio said, before qualifying, “they’ll be back next year at some point” in response to a question Monday over fears about the mass exodus of wealthy constituents fleeing the city and taking their tax dollars with them.

That leaves struggling restaurants facing even higher uncertainty this fall as temperatures drop, making outdoor dining, the saving grace for shut-down establishments, unappetizing for patrons uncomfortable eating out in cold weather. The average temperature in New York City for October can range from 57 to 47 degrees. It goes from 47 to 38 in November.

According to the New York Post, de Blasio, true to form, said he wasn’t thinking that far ahead quite yet and instead was focusing on reopening schools for Sept. 10.

Meanwhile, headlines prophesizing the city’s coming collapse under de Blasio’s leadership are dominating coverage, as spiking crime rates and crippling lockdowns banning any kind of activity except protesting for social justice suffocate the Big Apple and drive out its rich residents who fund the government’s operations and all its social services.

“New York is dead forever,” read one doomsday piece in the the New York Post.

In early March, many people (not me) left NYC when they felt it would provide safety from the virus and they no longer needed to go to work and all the restaurants were closed. People figured, “I’ll get out for a month or two and then come back.”

They are all still gone.

And then in June, during rioting and looting, a second wave of NYC-ers (this time me) left. I have kids. Nothing was wrong with the protests, but I was a little nervous when I saw videos of rioters after curfew trying to break into my building.

Now a third wave of people are leaving. But they might be too late. Prices are down 30-50% on both rentals and sales, no matter what real estate people tell you. And rentals soaring in the second- and third-tier cities.

According to Fox Business, a report from New World Wealth and Webster Pacific revealed that the combined wealth of the city deteriorated by $336 million by the end of June, just more than a month after George Floyd’s death.

‘We’re chasing down every questionable ballot’…

Kevin McCarthy Condemn: I Will ‘Bring Action’ Against Maxine Waters