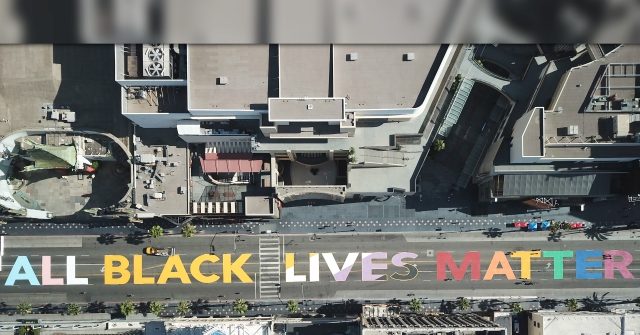 The Los Angeles Bureau of Street Services will close part of the Hollywood Boulevard next week in order to install a permanent street mural with the slogan “All Black Lives Matter” written in the colors of the LGBT rainbow.

“Today, after years and years of violence against our Black and queer communities, we are creating the first memorialized space in Los Angeles dedicated to transgender people of color,” said O’Farrell on announcing the project. “As the site of the first nationally recognized Gay Pride Parade in the nation, Hollywood must be and will be the safe space designated for this landmark distinction.”

The installation will require closing a portion of the street Monday through Friday when the work is expected to be completed. It is the result of a partnership with Democratic Councilman Mitch O’Farrell, the Los Angeles Department of Transportation, Black LGBTQ+ Activists for Change, and other local community activists.

The mural is more or less a permanent replica of the artwork produced back in June when a joint Black Lives Matter and LGBT march saw hundreds of volunteers paint the words “ALL BLACK LIVES MATTER” between Highland Avenue and Orange Drive.

“The installation of the ‘All Black Lives Matter’ commemorative sign on Hollywood Boulevard was extremely emotional for me as a Black trans man,” said Luckie Alexander, the mural’s artist. “This is something that will let our Black LGBTQ+ community, especially our Black trans siblings, know they are seen, valid, and valued.”

This is merely one of the thousands of initiatives imposed on cities, communities, and organizations in the wake of the Black Lives Matter protests triggered by the death of George Floyd. Meanwhile, members of the movement continue to engage in violence across the country, particularly in the city of Portland, where there has been almost constant violence and civil unrest for the past three months.