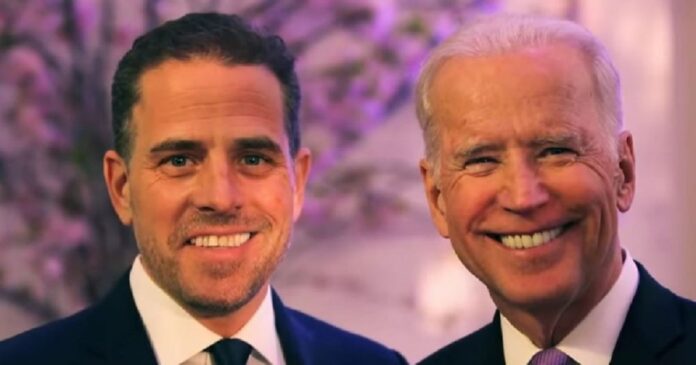 ICYMI- In a rather stunning move, Hunter Biden announced he will be resigning his position on the board of a Chinese equity firm.

The announcement comes after a blistering week of criticism from the Trump campaign, but the resignation may cause more problems than it solves for Joe Biden.

Time to Step Down

If you are not doing anything wrong, you should not have to resign your position, right?

So why, then, did Hunter Biden step down from both positions he secured while Joe Biden was the vice president?

Right around the same time Joe Biden announced his candidacy, Hunter Biden resigned his seat on the Burisma board (this is the Ukraine position he was being paid $50k/month).

Over the last couple of weeks, Trump has been relentless calling on an investigation into all of Hunter Biden’s business dealings.

Both Joe and Hunter Biden have been shockingly quiet about this, but now Hunter has resigned a second position.

He announced this week that by the end of the month, he will be stepping down from his board position with BHR (Shanghai) Equity Investment Fund Management Company.

Something Shady is Going On…

For those of you unfamiliar with this company, let me give you some quick background.

In 2013, Hunter Biden traveled aboard Air Force 2 with his father to Asia.

During that trip, Hunter Biden met with Jonathan Li, a Chinese investment banker who is also a partner in the BHR fund.

In fact, this is the same fund that reportedly received an influx of $1.5 billion less than two weeks after Hunter Biden returned from that Asia trip.

Even though a billion-dollar deal was in play, Hunter Biden insists he never talked business with his father and the visit with Li was purely social and the two never discussed business during the 2013 visit.

Now, to avoid any further conflict of interest, Hunter is willing to step down, even though he and his father maintain there is nothing illegal about the positions Hunter Biden holds.

Not to take a cheap shot at Hunter, which means I am going to take a cheap shot at Hunter Biden, but does anyone really think a man with a well-documented history of alcohol and drug problems, a man that was kicked out of the Navy for testing positive for cocaine only one month after having strings pulled him for a direct commission, is worthy of a $600,000/year board position with one company and an investment of $1.5 billion from Chinese investment bankers?

There is only one reason Hunter had these opportunities and that was because his father, who was the point man for the Obama administration in China and Ukraine, was using his influence to gain favors for his son.

Biden is corrupt and we are going to expose every ounce of that corruption before election day.