Multiple fact-checkers attempted to combat complaints this week from President Donald Trump over Democrats omitting “under God” from the Pledge of Allegiance at their virtual convention, rating such charges “mostly false.”

Here’s the brief synopsis from Snopes, the same fact-checking organization that tried to bring down the satirical website Babylon Bee. 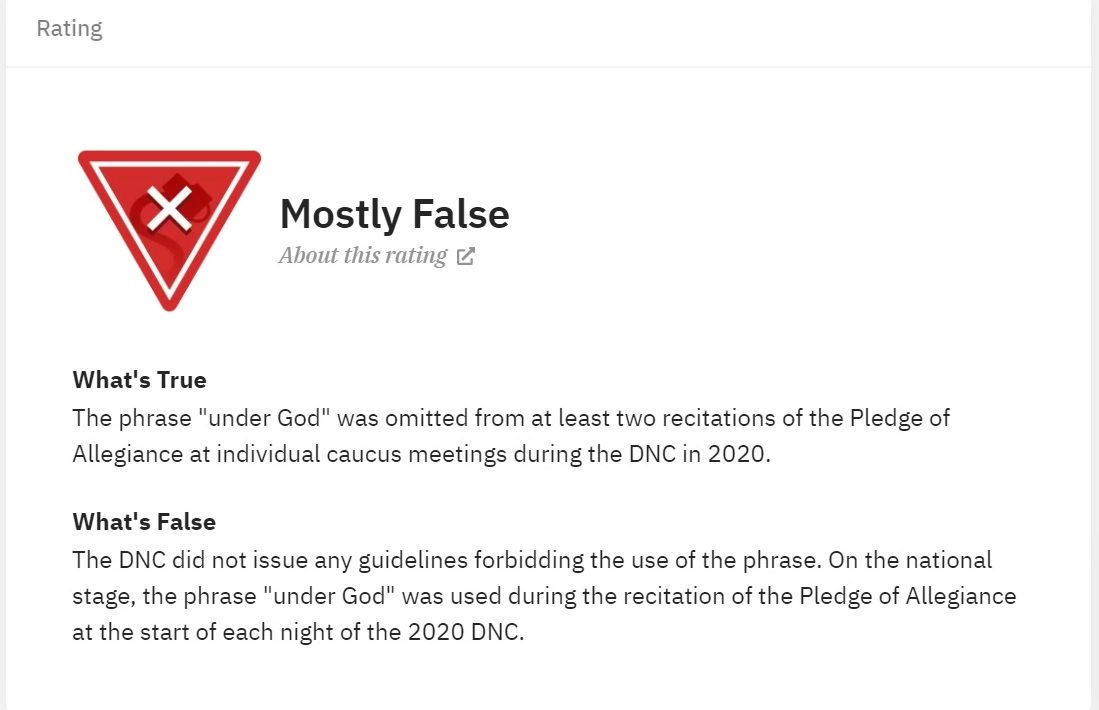 In other words, while the words “under God” were stripped from the Pledge of Allegiance on two occasions during the Democrat convention, Snopes concluded that online claims that it happened are “false” because the DNC didn’t tell them not to say the phrase.

Read more on what happened at the DNC here, and get a rundown the most insane moments during the party’s sessions here.