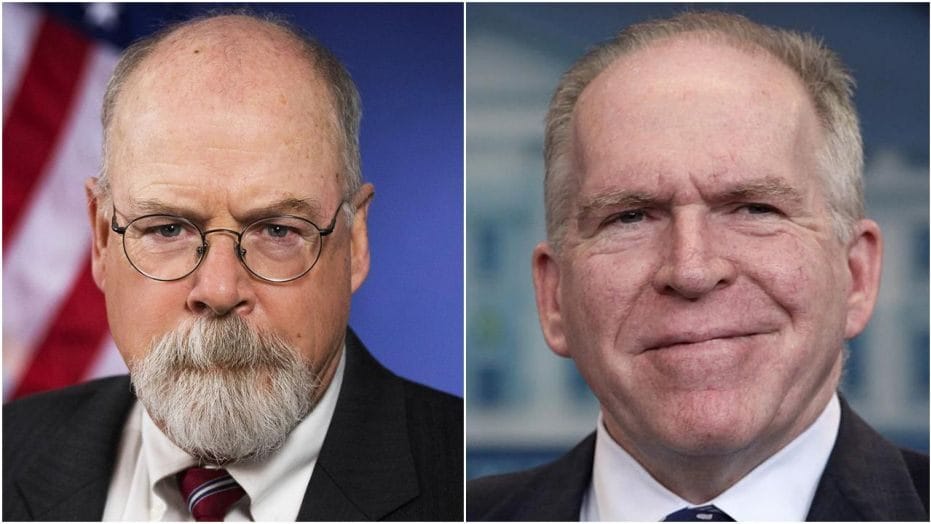 “Earlier today [John] Brennan was informed by [U.S. Attorney John] Mr. Durham that he is not a subject or a target of a criminal investigation and that he is only a witness to events that are under review,” said Nick Shapiro, a Brennan spokesman at the end of the DOJ review of any misconduct related to the origins of the Russia probe. “The interview was conducted at CIA headquarters and lasted eight hours.”

“Brennan welcomed the opportunity to answer Mr. Durham’s questions related to a wide range of intelligence-related activities undertaken by CIA before the November 2016 presidential election as well as the Intelligence Community Assessment (ICA) published in early January 2017. Brennan provided details on the efforts made by the Intelligence Community to understand and disrupt the actions taken by Russia to interfere in the 2016 presidential election,” continued the spokesman stated.

“Brennan also told Mr. Durham that the repeated efforts of Donald Trump and William Barr to politicize Mr. Durham’s work have been appalling and have tarnished the independence and integrity of the Department of Justice, making it very difficult for Department of Justice professionals to carry out their responsibilities.  It is Brennan’s fervent hope that the results of the Durham review will be apolitical and not influenced by personal or partisan agendas,” concluded his statement.