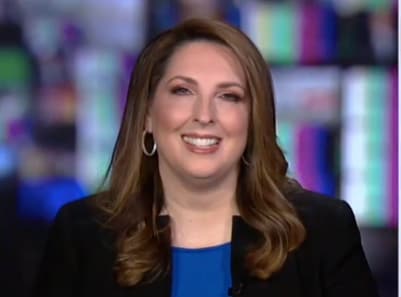 GOP Chairwoman Ronna McDaniel dished out a great comeback to a tweet by Xochitl Hinojosa, a senior advisor for the Democratic party.

Hinojosa tweeted, “WOMEN RUN OUR PARTY. TURN ON YOUR TV TO SEE,” on Wednesday night as Kamala Harris (D-CA) was accepting her nomination for Vice President.

McDaniel was not impressed. She fired back, “A WOMAN ACTUALLY RUNS THE REPUBLICAN PARTY,” a few minutes later.

Hinojosa has yet to respond.

The DNC concluded yesterday with former Vice President Joe Biden accepting his party’s nomination — the convention, however, may not have been as successful as desired since President Trump’s numbers have shot up and many voters said the convention helped change their mind.