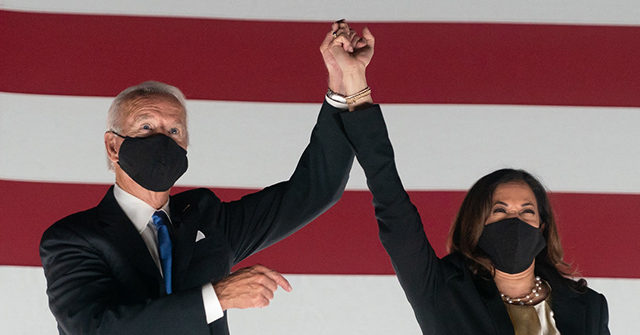 Democrat presidential nominee Joe Biden revealed Friday that he would re-lock down the United States if scientists recommended the extreme measure to stop the spread of the Chinese coronavirus.

“I would shut it down; I would listen to the scientists,” Biden replied when asked by ABC’s World News Tonight anchor David Muir if he would shut down the country if experts proposed the measure.

“I will be prepared to do whatever it takes to save lives because we cannot get the country moving until we control the virus,” Biden, flanked by running mate Sen. Kamala Harris (D-CA), said. “That is the fundamental flaw of this administration’s thinking to begin with. In order to keep the country running and moving and the economy growing, and people employed, you have to fix the virus, you have to deal with the virus.”

“Let’s institute a mask mandate nationwide,” he proposed. “Every single American should be wearing a mask when they are outside for the next three months at a minimum.”

Re-shutting down the country, something President Donald Trump has opposed, would be a move at least some Americans could potentially disagree with.

The Centers for Disease Control and Prevention (CDC) released a report on Friday stating that some child care centers may reopen safely if proper precautions are taken.