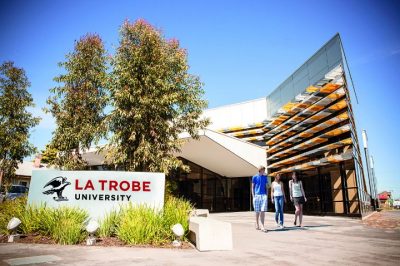 Scandalous underpayment has become common fare at Australia’s universities.  An inverse relationship can be identified here: the wealthier the institution, the more likely it will short change staff and avoid coughing up the cash.  If anything is coughed up, it will be meagrely rationed.  We are not all in this together.

The casualization of the Australian university workforce is a process that has chugged along for three decades or so.  Doing so alleviates the need to pay an ongoing workforce in conditions that are less secure in terms of employment but more beneficial to the institution’s management line.  There is no need to pay sick leave; holidays are unremunerated.  Lengthy dry spells exist for such casuals during times where teaching does not take place.  They are voiceless, fearful and oppressed.

The University of Melbourne, for instance, possesses a chest of AU$4.43 billion in reserves. But keeping in the best traditions of nineteenth century capitalism and working poor exploitation, it has 72.9 percent of staff in insecure employment.

Not happy with such a favourable state of affairs, universities have taken COVID-19 as a call to further axe, underpay and trim.  In July, a survey conducted by the University of Sydney Casuals Network in the Faculty of Arts and Social Sciences found that casual academics have been underpaid during the COVID-19 crisis.  The findings are grim: 77% concerned about losing employment; 82% reporting that extra unpaid work had been done in the first semester of 2020 and 60% “likely to leave academia.”   The move to online forms of course delivery have also seen employees within the Faculty incur additional expenses.

What is discouragingly interesting in the survey is that coronavirus was merely a catalyst for inspiring a situation already rotten. It did not help that the University of Sydney’s reliance on its Chinese student base, as with a good number of Australian teaching institutions, was scandalously disproportionate.

This month, the institution finally admitted that it had underpaid staff.  The errors, it assured critics, were unintentional.  Vice-Chancellor Michael Spence went so far as to suggest that the university had been vigilant in pursuing the matter.  The situation was revealed “after we proactively initiated a preliminary review of payroll records”.  With dreary predictability, it transpired that the “identified errors mainly affect some professional casual employees.”  While seemingly apologetic, Spence insisted on minimising the nature of the harm, with a view to placating the corporate investor: “we expect that the total amount involved will be less than 0.5% of our annual payroll cycle.”

The list of offenders is bulking.  In June, the University of New South Wales Business School was the subject of interest, having underpaid casual academic staff for a goodly number of years.

“Any underpayments for existing or former casual academic staff identified in the review,” noted the university’s official publication, “will be fully rectified, including payment of additional superannuation and interest.”

The University of Melbourne is in the process of repaying up to 1,500 academics across four faculties in what was nothing less than wage theft.  Central to the dispute was a rebadging of tutorials as “practice classes”, a typical obscenity of management speak.  Different wording, different level of pay (a third, to be exact).  Cheerily for students and underpaid staff, only three minutes had been allocated to mark student assessments.  Within an hour, the marker was required to digest 4,000 words and comment on the assessments.  A miserable return for all, except for the miscellany of unnecessary departments and services that support the modern university.

Others have also joined the underpayment club, much of it centred on the speedy manner academics are supposedly meant to dispatch assessments.  The University of Queensland, University of Technology Sydney (UTS) and Murdoch University have been identified for practices of low marking rates and, in some cases, ungraded assessments.

At RMIT, the marking rate has proven a touch more generous than its Melbourne University counterpart: a princely 10 minutes, but still absurdly small in halving the previous allocation.  It is now the subject of a claim being made to the Fair Work Commission by the National Tertiary Education Union.

Such employment practices in Australian universities have been aided and abetted.  Alison Barnes, the NTEU president, has mastered the art of speaking with a forked tongue.  She boasts about the NTEU recovering millions in lost wages for members and promises “to launch a wave of class action.  We do not believe wage theft is confined to the ten universities that have admitted to it.”

The same sanctimonious Barnes, along with fellow national executives, attempted to foist a “national framework” upon members and university management to accept some 18,000 job losses across the tertiary sector along with reduced pay.  It was advertised in a manner least candid and most monstrous.  “The Jobs Protection Framework,” noted an NTEU propaganda booklet in May, “means everyone gets a lifejacket.  Casuals, fixed term, permanent, low paid, high paid, everyone.”

The measure was defeated by a grass roots revolt of some fury culminating in the NTEU Fightback campaign, a surprise to both union executives and management.  17 universities rejected the plan. But from the still burning cinders, some Vice-Chancellors saw conspiratorial hope.  La Trobe University Vice-Chancellor John Dewar urged colleagues to take heart: the collapse of the framework had not been “a complete failure because …. it has shown what could be done through a collaborative approach between unions and management”.

Dewar’s assessment had a certain ring of truth to it.  Undeterred by its abysmal failure, the NTEU executive has gone full blackguard, making piecemeal deals with individual universities to achieve the same object.  This initiative is taking place alongside handholding gestures with big business in an effort to secure more Commonwealth government funding.  Barnes, for instance, is encouraged by the words of Business Council Executive Jennifer Westacott praising the need for leaders with a “humanities mindset”, one understanding of “the human condition.”  When will platitudes end?

The University of Adelaide was this month’s notable scalp for tertiary sector skulduggery, with Acting Vice-Chancellor Mike Brooks accepting a deal between management and the NTEU’s national executive “in principle”.  Under clause 19.2 of the agreement, wage reductions can be made to “an amount equivalent to a maximum total of 15 percent of staff member’s salary in any given pay period.”  Reductions will be achieved via the purchasing of compulsory leave, deferrals of pay rises, the scrapping of annual holiday pay loading.

The union movement is in freefall.  The rank-and-file have been abandoned by the executives within the NTEU who have long collaborated with university management through such beastly compromises as the Enterprise Bargaining Agreement.  The only enterprise shown in such agreements tends to be the bargaining away of basic rights and liberties.  Work casualization has been one of its most noxious fruits.  The battle, in short, is being waged both within the union movement and against university management. Much bloodletting is promised and the one word not mentioned in all of this: education.  Having been abandoned, humiliated and shamed, may it rest in undisturbed peace.