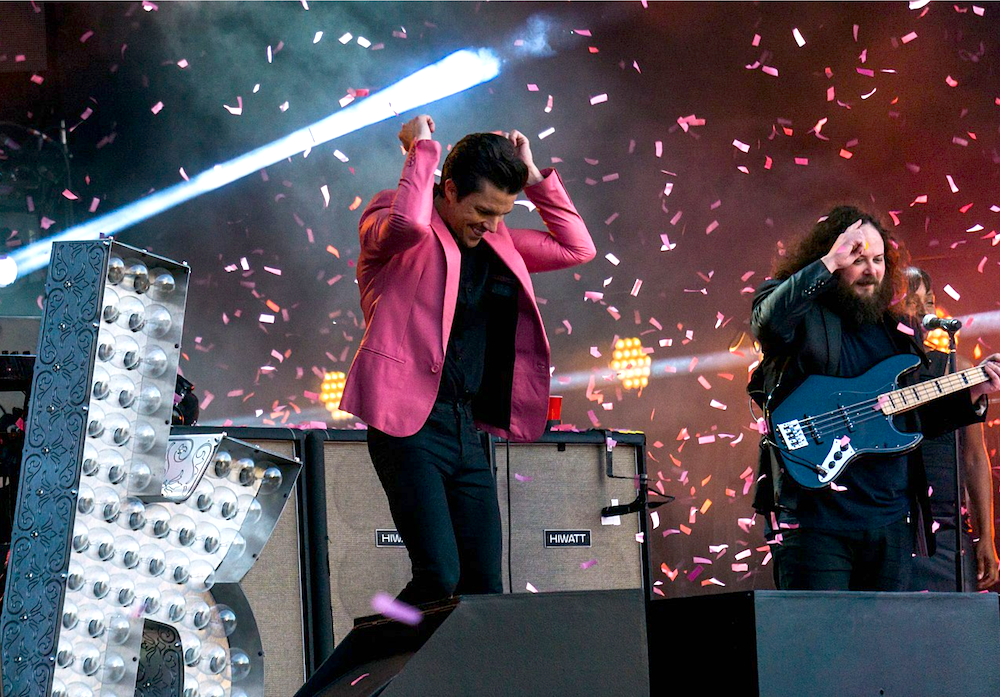 The Killers are easy to love and easy to mock. Ever since this Las Vegas-bred rock quartet broke out in 2004 with the smash single “Mr. Brightside,” they’ve been an easy target for serious music critics. Sure, their debut record, “Hot Fuss,” might have moved a ton of units, but it was all flash and no substance. Plus, Duran Duran did it much better.

The Killers’ 2006 follow-up, “Sam’s Town,” was just a clumsy attempt at windswept, Springsteen-style grandiosity, far more goofy than meaningful. After all, what exactly does it mean to “[burn] down the highway skyline on the back of a hurricane,” as leadman Brandon Flowers sings on “When You Were Young”? It sounds suspiciously like imagery for the sake of imagery.

This is how a healthy slice of the commentary went early in the Killers’ career, and it only got worse — when writers were even paying attention — with their next three records, “Day & Age” (2008), “Battle Born” (2012), and “Wonderful Wonderful” (2017). Even the more positive appraisals usually came lined with caveats and qualifications. Overall, “fun but frivolous” might be the best summation of where the Killers stand in the eyes of critics.

Do these arguments have merit? Absolutely. The Killers will never be confused with an “ideas band.” They don’t make “important music.” Their sound is far from original. Yes, many of Flowers’s word combinations defy comprehension. They bring to mind a classic line from “Infinite Jest”: “That’s not even coherent enough to be a mixed metaphor.”

So how did this somewhat ridiculous band reach such heights of success and popularity? The short answer is big hooks, big emotions, and an earnest lead singer with a terrific voice who pours himself into his songs. That’s the Killers’ winning formula.

It’s all over “Mr. Brightside,” “When You Were Young,” and “Human,” just to name a few of their most popular tracks. You’re not supposed to reflect on these songs deeply. You’re just supposed to say yes and give yourself over to their bombastic thrills and huge blasts of emotion.

If you’re after subtlety or cynicism or, God forbid, “message music,” you’ll have to look elsewhere. I’m confident most Killers fans don’t give a rip about Flowers’s position on the issues of the day. All we want to know is how he’s going to bust out of this dime-store town and find redemption in the girl who got away. All we want to hear is the sound of his sturdy, soulful voice bringing these corny clichés to life.

The Killers Are So Likable

The band also has a strong likability factor. Despite being one of the most successful rock acts on the planet, the Killers all appear to be normal, down-to-earth guys. Despite performing and collaborating with the likes of U2, Lou Reed, Lindsey Buckingham, and New Order, they seem to have retained their common touch. This is especially true of the clean-cut and soft-spoken Flowers. He doesn’t fit the standard rock-star mold at all.

How’s this for a “celebrity” life? Flowers calls Utah home (having transplanted from Vegas), he’s a churchgoing Mormon, he got married in his mid-20s, and he and his wife have three kids. Whenever he swears in a song, which is exceedingly rare, it feels like a violation of the natural order.

When a reporter once asked him if he had ever engaged in the time-honored rock ‘n’ roll tradition of laying waste to hotels, he responded, “My mom cleaned hotel rooms. I wouldn’t trash a hotel room.” There’s a rock star worth rooting for.

Whatever it is the Killers do right, they’ve demonstrated significant staying power. They’ve been around for nearly 20 years, and now they’re set to release their sixth record. “Imploding the Mirage,” a preposterously on-brand name, is due this Friday.

Based on the early singles, such as “Caution,” “Fire in Bone,” “My Own Soul’s Warning,” and “Dying Breed,” it has the makings of the Killers’ best outing since “Sam’s Town.” They haven’t sounded this energized and focused in years, especially on “Caution” and “My Own Soul’s Warning.” The sweeping, synth-heavy style of these tracks, obviously inspired by the War on Drugs band, is right in their wheelhouse.

To mark the album’s release, I’ve compiled a list of 10 Killers songs you should like. It’s a combination of singles, popular tracks, and deep cuts. Each album is represented. It should give you an idea of the band’s strengths and inherent silliness — because with the Killers, the two often go hand in hand.

“Jenny Was a Friend of Mine” kicks off “Hot Fuss” with a storm of dark, nervy, late-night energy that perfectly complements the song’s crime-of-passion narrative.

For all of the Bruce Springsteen comparisons that accompanied “Sam’s Town,” Flowers has never channeled the Boss more convincingly than on this rousing rock-hymn when he exclaims, “I’m so much older than I can take.”

The ideal (and, yes, seriously cliched) setup for jamming to “For Reasons Unknown” is behind the wheel, sun overhead, volume on high, and the open road stretched out before you like an appointed path to freedom.

To understand how the Killers have amassed such a devout global fan base, look no further than the sincerity, fighting optimism, and gleaming production of a song like “Read My Mind.”

Creepy, shamelessly overblown, and loads of fun (those horns!), “Bones” finds the Killers in an unfamiliar position that suits them well: in on the joke.

Give Flowers a pass on the alien abduction story and focus instead on the sense of liftoff and flight that radiates from this soaring synth-rock anthem.

It’s easy to imagine the Cure’s Robert Smith singing lead on “Goodnight, Travel Well,” a murky and slow-burning confrontation with death that gradually builds to a place of catharsis.

A dreamy power-ballad with big vocal hooks, “The Way It Was” conveys the feeling of a lonely, late-night drive when all you have for company are your turbulent emotions.

“Miss Atomic Bomb” is about as melodramatic, stylized, and just plain over the top as the title would suggest — and I wouldn’t change anything about it.

“When I saw him go down, felt like somebody lied,” sings Flowers on his most relatable song ever, which captures the world-shattering emotions a boy goes through when his favorite team or athlete fails on the biggest stage.

Bonus selections include “Andy, You’re a Star,” “Everything Will Be Alright,” “This River Is Wild,” “All the Pretty Faces,” and “Run for Cover.”