As we bear witness, anyone trying to convince us this entire assembly of our union is headed in the right direction, well, they might want to revisit their proximity to the 2020 election ballpark. Because they’re not just out of the city – they’re also out of the same state the election ballpark is located in….. Then again, the media know that.

David Mamet had a famous saying, essentially: …‘in order for democrats, liberals, progressives et al to continue their illogical belief systems they have to pretend not to know a lot of things’… By pretending ‘not to know’ there is no guilt, no actual connection to conscience. Denial of truth allows easier trespass.

This hate-filled and manipulative Democrat ideology relies on our willingness to accept their lies, falsehoods, and scripted presentations; and then demand we grant benefit amid their seeds of doubt.

Cold Anger does not need to go to violence. For those who carry it, no conversation is needed when we meet. You cannot poll or measure it; specifically because most who carry it avoid discussion… And that decision has nothing whatsoever to do with any form of correctness.

We watched the passage of Obamacare at 1:38am on the day before Christmas Eve in 2009. We watched the Senate, then the House attempt passing Amnesty in 2014. We know exactly how it passed, and we know exactly why it passed. We don’t need to stand around talking about it….

We know what lies hidden behind “cloture” and the UniParty schemes.

We watched the 2009 $900+ billion Stimulus Bill being spent each year, every year, for seven consecutive years. Omnibus, Porkulous, QE1, QE2, Bailouts, Crony-Capitalism. We know exactly how this works, and we know exactly why this ruse is maintained. We don’t need to stand around talking about it…. We’re beyond talking.

We accept that the entire Senate voted to block President Trump’s ability to use recess appointments in 2017, 2018, 2019 and 2020. Every.Single.Democrat.And.Republican.

We’ve waited each year, every year, for twelve years, to see a federal budget, only to be given another Omnibus spending bill by “CONservative” politicians.

We’ve watched the ridiculing of cops, the riots, and the lack of support for laws, or their enforcement. We’ve been absorbing all that. We’ve been exposed to violence upon us by paid operatives of the organized DNC machine. We know; the media trying to hide it doesn’t change our level of information.

Cold Anger is not hatred, it is far more purposeful.

We watched in 2012 as the Democrat party thrice denied God during their convention. The doors to evil enterprise opened by official proclamation and request.

Cold Anger takes notice of the liars, even from a great distance – seemingly invisible to the mob. Cold Anger will still hold open the door for the riot goer. Mannerly.

We’ve watched Islamic Terrorists slaughter Americans as our politicians proclaim their uncertainty of motive. We know exactly who they are, and why they are doing it. We do not need to stand around discussing it…. we’re clear-eyed.

Cold Anger does not gloat; it absorbs consistent vilification and ridicule as fuel. This sensibility does not want to exist, it is forced to exist in otherwise unwilling hosts – we also refuse to be destabilized by it.

Illicit trade schemes, employment and the standard of living in Vietnam and Southeast Asia are more important to Wall Street and DC lobbyists, than the financial security of Youngstown Ohio.

We get it. We understand. We didn’t create that reality, we are simply responding to it.

When the well attired leave the checkout line carrying steaks and shrimp using an EBT card, the door is still held open; yet notations necessarily embed.

When the U.S. flags lay gleefully undefended, they do not lay unnoticed. When the stars and stripes are controversial, yet a foreign flag is honored – we are paying attention.

When millionaire football players kneel down rather than honor our fallen soldiers and stand proud of our country, we see that. Check the NFL TV ratings – take note.

When a school community cannot openly pray, it does not mean the prayerful were absent.

When a liar seems to win, it is not without observation. Many – more than the minority would like to admit – know the difference between science, clocks and political agendas.

Cold Anger perceives deception the way the long-term battered absorb a blow in the hours prior to the pre-planned exit; with purpose.

A shield, or cry of micro-aggression will provide no benefit, nor quarter. Delicate sensibilities are dispatched like a feather in a hurricane.

We are patient, but also purposeful. Pushed far enough, decisions are reached.

[…] On the drive to and from the East Coast, I paid attention to the billboards and bumper-stickers. Folks, the people in “Fly over” country are PISSED, from the guy that guides hunters, to the mayors of towns and cities, to state senators congressmen and Governors who are voting to arrest and imprison federal law enforcement officials for enforcing federal gun laws that don’t agree with state law … The political pendulum has never, in the history of humanity, stayed on one side of a swing. The back lash from over reach has always been proportionate to how far off center it went before coming back … right now we’re staring at a whole hell of a lot of the country (about 80-90% of the land mass, as well as about 50+% of the population) that is FED UP. You really don’t want those guys to decide that the only way to fix it is to burn it down and start over… (more) 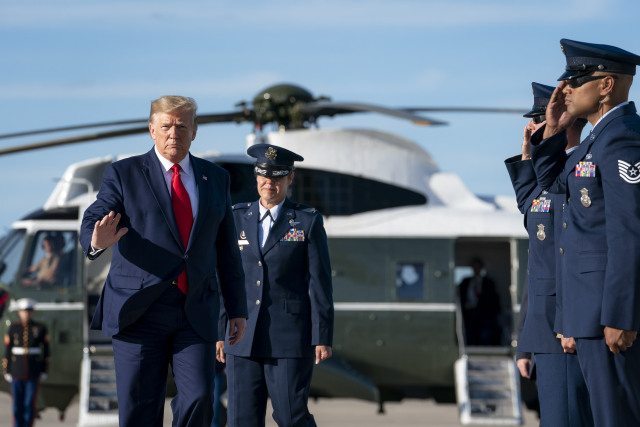 Right now, through November 2020, every day is Saint Crispins day.

If we are mark’d to die, we are enow
To do our country loss; and if to live,
The fewer men, the greater share of honour.
God’s will! I pray thee, wish not one man more.
By Jove, I am not covetous for gold,
Nor care I who doth feed upon my cost;
It yearns me not if men my garments wear;
Such outward things dwell not in my desires.
But if it be a sin to covet honour,
I am the most offending soul alive.
No, faith, my coz, wish not a man from England.
God’s peace! I would not lose so great an honour
As one man more methinks would share from me
For the best hope I have. O, do not wish one more!
Rather proclaim it, Westmoreland, through my host,
That he which hath no stomach to this fight,
Let him depart; his passport shall be made,
And crowns for convoy put into his purse;
We would not die in that man’s company
That fears his fellowship to die with us.
This day is call’d the feast of Crispian.
He that outlives this day, and comes safe home,
Will stand a tip-toe when this day is nam’d,
And rouse him at the name of Crispian.
He that shall live this day, and see old age,
Will yearly on the vigil feast his neighbours,
And say ‘To-morrow is Saint Crispian.’
Then will he strip his sleeve and show his scars,
And say ‘These wounds I had on Crispian’s day.’
Old men forget; yet all shall be forgot,
But he’ll remember, with advantages,
What feats he did that day. Then shall our names,
Familiar in his mouth as household words-
Harry the King, Bedford and Exeter,
Warwick and Talbot, Salisbury and Gloucester-
Be in their flowing cups freshly rememb’red.
This story shall the good man teach his son;
And Crispin Crispian shall ne’er go by,
From this day to the ending of the world,
But we in it shall be remembered-
We few, we happy few, we band of brothers;
For he to-day that sheds his blood with me
Shall be my brother; be he ne’er so vile,
This day shall gentle his condition;
And gentlemen in England now-a-bed
Shall think themselves accurs’d they were not here,
And hold their manhoods cheap whiles any speaks
That fought with us upon Saint Crispin’s day. 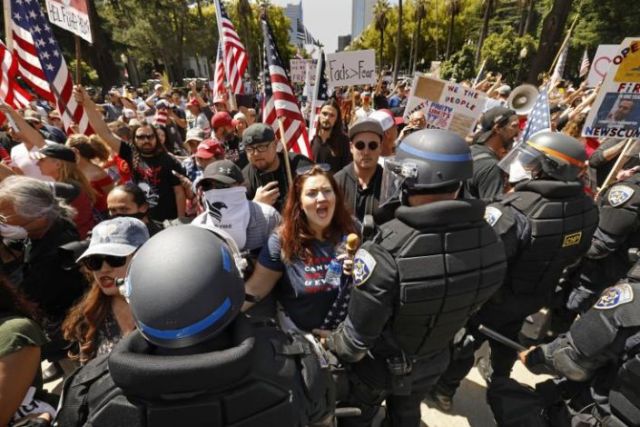 Leftists who oppose our efforts hold positions that are weak, push back against them.  They rely on fear…. they relish misery and despair… do not give it to them.  Let them stare into the Cold Anger furnace.

Who fuels that furnace?

What Is The Filibuster And How Is It Really Used?