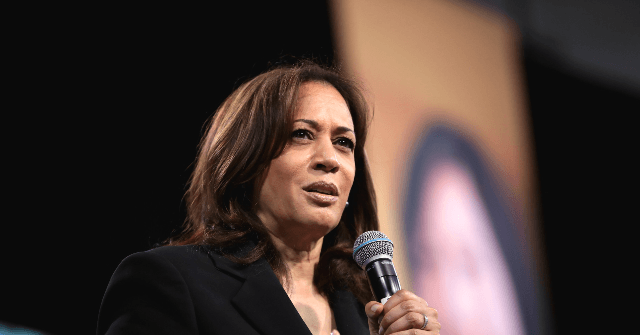 9:55: Pelosi is up next with a video about her political biography.

9:45 PM: After a video celebrating the 100th anniversary of the 19th amendment, Hillary Clinton speaks. She says she said she meant it when she said we owe Trump a chance to lead.

I’ll be speaking shortly at the @DemConvention. Join me—and @kamalaharris, @barackobama, and many more—as we talk about the enormous stakes of this election and why we simply must elect @joebiden president in 75 days. https://t.co/JpRd0E9QvY

She says she wishes Donald Trump knew how to be a president because America needs a president right now. Hillary says everyone has a story about Joe’s empathy and mentions Biden called her when her mother died.  Hillary says when Kamala’s press secretary Tyrone Gayle was dying, she dropped everything to be with him.

Clinton says people tell her every day they did not know how dangerous Trump was and wishes they had voted in 2016. Hillary says we now know what we have to lose if we vote for Trump.

“Remember back in 2016 when Trump asked ‘What do you have to lose?’ Now we know. Our healthcare, our jobs, our loved ones, our leadership in the world and even our post office,” @HillaryClinton #DemConvention pic.twitter.com/pmgGzqROvg

Probably knowing that Democrats are more interested in voting against Trump than for Biden, Clinton asks voters to vote for various policies Biden is supporting.

Hillary says to vote for Dreamers and their families and for law enforcement purged of racial bias. She says vote for Breonna Taylor and Ahmaud Arbery because “Black Lives Matter.”

Clinton says Biden-Harris can get three million more votes like she did and still lose. She urges people to defeat Trump in a rout so Trump can’t steal the election.

Hillary Clinton: “Joe and Kamala can win by 3 million votes and still lose. Take it from me.”

Obama now narrates a video about immigrants rebuilding America and he says immigrants and refugees revitalize and renew America.

9:26 PM: Singer Billie Eilish, who has held registration drives at her shows, performs an exclusive song after saying “silence is not an option” this year.

9:05 PM: Program begins with a gun control video featuring survivors of gun violence. They talk about gun violence being a “public health crisis.” Former Rep. Gabby Giffords (D-AZ) is featured as well, and she says Biden was there for her and will be for you. Giffords, who was shot at a campaign rally in 2011 (the media immediately, without evidence, falsely blamed the shooting on the Tea Party), says her recovery is a daily fight but fighting makes her stronger. She says she struggles to speak but she has not lost her voice. She says we must be on the right side of history to elect Joe Biden. Giffords was playing a French horn in the video.

“I have not lost my voice,” former Rep. Gabby Giffords says during the #DemConvention. “America needs all of us to speak out, even when you have to fight to find the words. We are at a crossroads. We can let the shooting continue, or we can act.” https://t.co/k6DYqA0jOy pic.twitter.com/lCma6KuxkX

9:02 PM: Kerry Washington says she has never forgotten the preamble of the Constitution. She says it says “more perfect” because the country was not perfect at its founding. She talks about the striving towards equality, justice, and truth. She says we are fighting for the soul of the country and and our lives.

9:00 PM: Pledge of allegiance to open the festivities before Kamala Harris makes an appearance at the opening to talk about the importance of voting. DNC calling some audibles. She says people need to ask why Trump and Republicans don’t want them to vote. She says when they vote things change and get better. She asks everyone to have a vote plan before turning it over to actress Kerry Washington, tonight’s moderator.

8:57 PM: Wisconsin Gov. Tony Evers opens up the third night saying they were really looking forward to having Democrats in America’s dairy land. He says this November is about returning kindness and respect back to the White House, and that’s who Joe and Kamala are.

8:55 PM: The third night of the DNC begins with Rep. Bennie Thompson (D-MS) welcoming everyone and calling the third session to order.

What @jeffzeleny just reported on CNN: Obama is still editing his speech, his most blistering address against Trump yet. “He will not hold back, a person close to Obama said, as he decided this moment was urgent enough to break with protocol in going after a sitting president.”

Some excerpts from Harris’s speech:

Harris will say tonight, per excerpts, that she and Biden are committed to a vision of our nation “where all are welcome, no matter what we look like, where we come from, or who we love.” Adds: “that country feels distant.”

NEWS: Former President Obama will speak at the Museum of the American Revolution in Philadelphia tonight, three sources tell NBC.

The location is intended to underscore that “our very democracy is on the line” in this election, according to one aide familiar with the plans.

Excerpt from Barack Obama’s speech at #DNC2020. He usually refrains from going after Trump by name. Not tonight: “Donald Trump hasn’t grown into the job because he can’t. And the consequences of that failure are severe. 170,000 Americans dead. Millions of jobs gone…” pic.twitter.com/cDDALSJ9ft

Hillary expected to say so may people have said to her that they did not realize how “dangerous” Trump was:

“For four years, people have said to me, ‘I didn’t realize how dangerous he was.’ ‘I wish I could go back and do it over.’ Or worst, ‘I should have voted.’ Well, this can’t be another woulda coulda shoulda election,” Hillary Clinton will say tonight. Fuller quote: pic.twitter.com/x4jRSdGbkk

While what’s left of the #DNC forges ahead in downtown #Milwaukee, community activists are engaging with the people left out. “They should be out here. It’s a missed opportunity to engage with the Black voters you need.” – Jordan Terry (right) pic.twitter.com/4TACnOQE3l