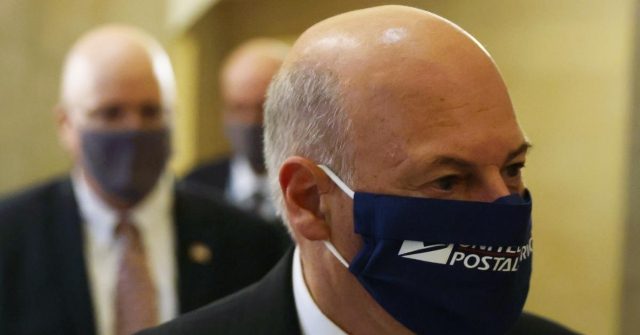 In the wake of threats from Democrats and protesters surrounding his homes in Washington, DC, and Greensboro, North Carolina, Postmaster General Louis DeJoy said there will be no operational changes at the United States Postal Service until after the Nov. 3, 2020, presidential election.

I came to the Postal Service to make changes to secure the success of this organization and its long-term sustainability. I believe significant reforms are essential to that objective, and work toward those reforms will commence after the election. In the meantime, there are some longstanding operational initiatives — efforts that predate my arrival at the Postal Service — that have been raised as areas of concern as the nation prepares to hold an election in the midst of a devastating pandemic. To avoid even the appearance of any impact on election mail, I am suspending these initiatives until after the election is concluded.

He also announced “the expansion of our current leadership taskforce on election mail to enhance our ongoing work and partnership with state and local election officials in jurisdictions throughout the country” to “help ensure that election officials and voters are well informed and fully supported by the Postal Service.”

DeJoy has agreed to testify before the House Committee on Oversight and Reform on Aug. 24. It is unclear if that hearing will go forward based on this development.