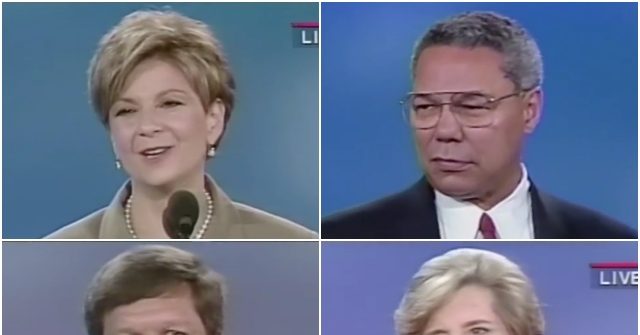 Today, Powell, Whitman, Kasich, and Molinari are speaking at the DNC conventi0n to endorse Biden and Sen. Kamala Harris (D-CA) against Trump. Likewise, the DNC featured a montage of the late John McCain’s relationship with Biden. McCain also spoke at the 1996 RNC convention.

The handful of Republicans featured at the DNC convention were given considerably comparable speaking slots to the members of the Democrats’ progressive wing.

Powell, who oversaw the invasion of Iraq and Afghanistan as President George W. Bush’s Secretary of State, spoke on the second night of the DNC after former Secretary of State John Kerry and before the McCain-Biden montage.

On the first evening of the convention, Kasich, Whitman, and Molinari — as well as tech CEO Meg Whitman — were given a special segment to explain why they, as Republicans, were endorsing and voting for Biden against Trump.