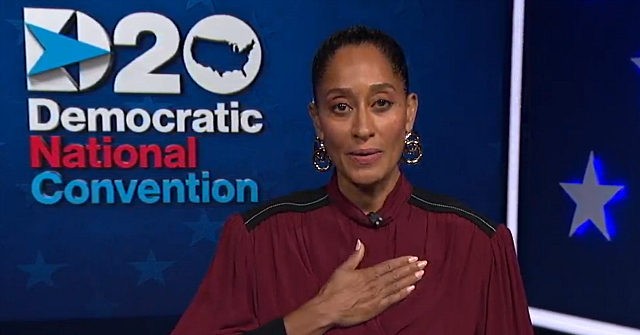 The Democrat Party kicked off day two off its four-day convention on Tuesday with another round of seemingly depressing speeches and performances.

Similar to that of the first night of the convention on Monday, topics primarily focused on repetitive, boring attacks on President Donald Trump and the promotion of Joe Biden for president, as expected.

Clinton, amid the release of court documents alleging he appeared on the late Jeffrey Epstein’s private island, took part in the convention on Tuesday by going after President Trump for his “determination to deny responsibility and shift the blame” in regards to handling the coronavirus pandemic.

“COVID hit us much harder than it had to,” Clinton said. “At a time like this, the Oval Office should be a command center. Instead, it’s a storm center. There’s only chaos. Just one thing never changes: his determination to deny responsibility and shift the blame. The buck never stops there.”

“Now you have to decide whether to renew his contract or hire someone else,” Clinton said, adding that Trump will “blame,” “bully,” and “belittle” should he be reelected.

Clinton’s pre-taped speech addressing the Democratic National Convention came on the same day a photo was released of him receiving a neck massage from alleged Jeffrey Epstein victim Chauntae Davies.

Both Carter and his wife, Rosalynn, provided a pre-taped recording for the convention, which offered support for Biden and claimed he “recognizes the challenges facing our families.”

“Joe has the experience, character, and decency to bring us together and restore America’s greatness,” Carter, now 95, said. “We deserve a person with integrity and judgment, someone who is honest and fair, someone who is committed to what is best for the American people.”

Ocasio-Cortez seconded the nomination of socialist Sen. Bernie Sanders (I-VT) for president on Tuesday, claiming that he could “repair the wounds of racial injustice, colonization, misogyny and homophobia” that she and her party blame primarily on President Trump.

As discussed on Monday, both the Democratic National Convention and the Republican National Convention have historically been held in accordance with upbeat, positive speeches and performances that promote pro-American ideals. That has since been replaced with live web-monitors showing Biden supporters and Democrats across the country.

The final two days of the DNC, taking place Wednesday and Thursday, are expected to resemble the first two, which included low-energy speeches, performances, and a wide-ranging display of anti-Americanism.