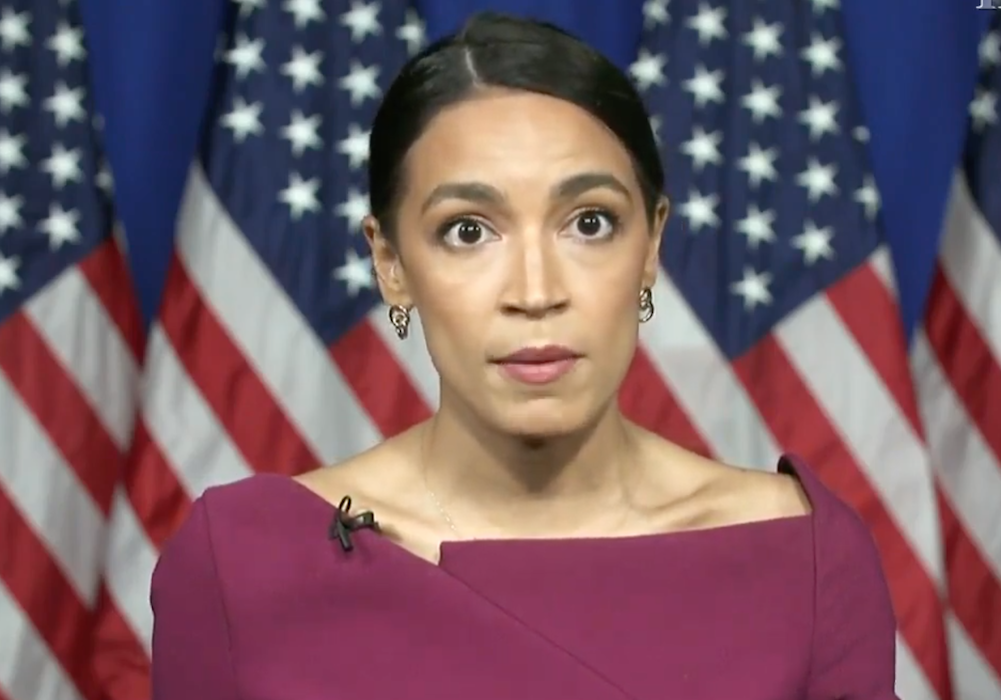 Rep. Alexandria Ocasio-Cortez (D-NY) was one of two speakers called to endorse Sen. Bernie Sanders at the Democratic National Convention Tuesday night, where she was given just one minute to speak. In a convention almost entirely focused on the importance of supporting former Vice President Joe Biden in November, a Sanders endorsement was a sharp change of pace.

In a buzzword-heavy monologue, Ocasio-Cortez decried a long list of sins she places upon the US, including “racial injustice, colonization, misogyny, and homophobia,” along with the “violence” of our past. She called for the reimagining of our entire system, both domestically and abroad, putting her support behind Sanders for president.

Many expected Ocasio-Cortez to use her time much more dramatically, to say something more specific or substantive, especially after she tweeted a poem about the importance of using a minute for all it’s worth.

“I only have a minute.
Sixty seconds in it.
Forced upon me, I did not choose it,
But I know that I must use it.
Give account if I abuse it.
Suffer, if I lose it.

Only a tiny little minute,
But eternity is in it.”

Instead, she listed categories of issues while offering vague “systemic” solutions promised by Sanders, using that minute to say absolutely nothing.

Sanders dropped out of the presidential race in April, and endorsed Biden for president. Likewise, he used his convention speech to ensure voters that the choice was between Joe Biden or authoritarianism.

It’s unsurprising that Ocasio-Cortez spoke in favor of a Sanders presidency, as she has not given Biden her endorsement. While Biden endorses some rather extreme policies, he is substantially more moderate than either Ocasio-Cortez or Sanders, who both want to upend the entire American system and embrace socialism.

Lin Wood is suing to stop the runoff from taking place…