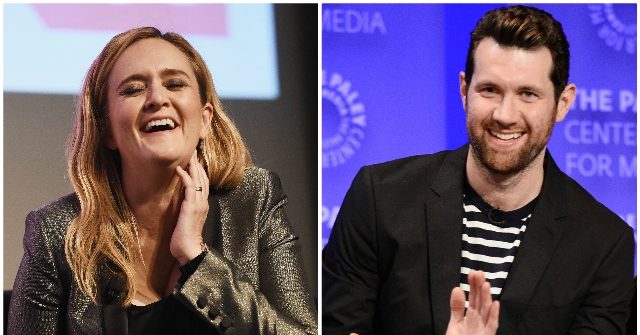 Hollywood celebrities were on cheerleading duty for the first night of the Democratic National Convention, using their social media accounts to lift party spirits and whip up the enthusiasm for Joe Biden and Kamala Harris.

Democratic stalwarts including Rob Reiner, Bette Midler, Mia Farrow and Cher took the lead in attempting to energize the party base around the Biden/Harris ticket. Actress and left-wing activist Alyssa Milano tweeted, “I’m so happy I’m a fucking Democrat.”

But other stars seemed to acknowledge that they had a clunker on their hands. TBS’s Full Frontal with Samantha Bee tweeted that this was the “first National Convention to also feel like a PBS pledge drive.”

The virtual convention kicked off with a dose of Hollywood star power in the form of actress Eva Longoria, who tore into the Trump administration by saying that the last four years have left the country “diminished and divided.” The convention also featured celebrity assists from singers including Bruce Springsteen, Leon Bridges and the late John Prine, whose music helped to enliven the proceedings.

Alyssa Milano tweeted her joy of being a member of the Democratic party.

Rob Reiner also proclaimed his pride of being a Democrat, adding that the youth choir performance of “The Star-Spangled Banner” gave him “chills.”

Watching the singing of our National Anthem gave me chills. So proud to see the real America. So proud to be a Democrat.

Bette Midler was impressed that the convention featured a reciting of the Pledge of Allegiance.

They had me at “The Pledge of Alkegiance.”

SUCH A BEAUTIFUL OPENING‼️
🙏🏻PROTECT US ALL

Come on up for #therising https://t.co/ocbt1TfWcS

Some celebrities seemed more excited about the musical numbers than for Joe Biden. Comedian Wanda Sykes tweeted her enthusiasm for Bruce Springsteen, while actress Piper Perabo was excited about Leon Bridges.

I’m so excited for the @leonbridges performance tonight! 💃🏼💙 #DemConvention https://t.co/J0dmUaObSb

Other celebrities appeared to acknowledge the dullness of the virtual convention. TBS’s Full Frontal with Samantha Bee joked that this is the first national convention to “feel like a PBS pledge drive.” Comedian Billy Eichner called the convention irrelevant.

The conventions could not matter less. Vote for the fucking devil who’s currently leading us into hell or vote for the human beings. Get involved and help get out the vote: https://t.co/1jTduAYNEH