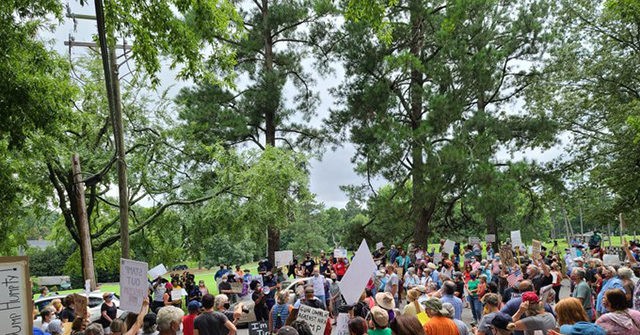 The protests follow Democrat claims last week that the Trump administration is trying to interfere with vote-by-mail efforts in the 2020 presidential election.

Can’t get over how this protest was called yesterday. And right now hundreds of people are shutting down the road outside Louis DeJoy’s house in Greensboro, NC.

“This is what democracy looks like,” protesters chanted as they flooded the neighborhood and disrupted the Wyndham Championship taking place at a nearby golf course.

“We need to keep the pressure on,” protestor Jim Mencius said in a Greensboro News & Record report. “We need to make some good trouble.The president has said he wants to cripple the post office.”