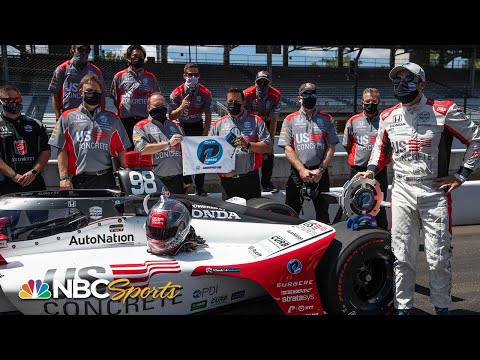 INDIANAPOLIS — You would have thought Mario Andretti had just stepped out of the car himself, amped up with endless energy, yet nearly speechless.

The voice of the always-talkative 80-year-old patriarch of racing’s most famous family was at a different pitch, his excitement for his grandson seeping through the phone all the way from the family’s lake house. A place normally meant for relaxation was, instead, an escape for the former driver who raced 29 times at the Indianapolis Motor Speedway and came away with one win, three poles, and loads of disappointment.

With Marco Andretti flashing the most consistent top-end speed all week long and positioned with the final qualifying run Sunday during the Fast Nine Shootout, his grandfather was already more than proud.

“There’s nothing you can do, except hope and pray,” he told IndyStar after the younger Andretti clinched the pole for next week’s Indy 500. “I’d never been so nervous in my entire life, but there was never anything more rewarding than today, to see Marco do his thing and the way he did it. I felt so helpless. But now, I’m so proud.”