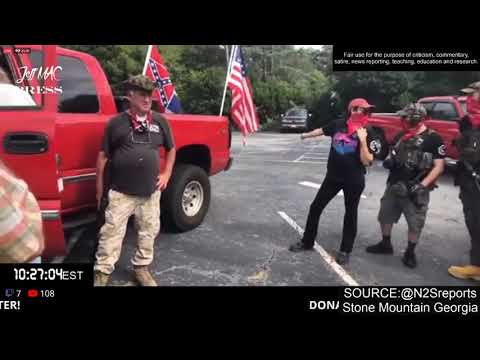 If the Union troops could give the Confederates the post-war respect that they deserved as American brothers and sisters, then ANTIFA/BLM/Democrats have no greater moral prerogative, to say differently. The price of peace was paid 150 years ago, and not by Communist Democrats, either.

This is a Communist revolution. This is sedition by the Communist Democrats, period. Every word they say, and every move they make, is sedition against the literal Constitution, which is the law of the land, ratified by the people, and never repudiated.

A majority doesn’t commit a revolution against a minority. It’s the minority Communist socialists that attempt to put everyone else in chains, every place they have any governing authority. DEATH to Communists, ALL Communists. Every Marxist revolution has been about authoritarians seizing power, by any means necessary, every place in history where it’s been tried.

When the Communist Democrats topple statues, commit election fraud, or piss on the Stars and Bars, it’s not about any of their targets. It’s all about subjugating you. You may not be in their line of fire now, but you are clearly, and unequivocally their target. They WILL make your sons and daughters their sexual whores and slaves (yeah, with the Dem’s, it’s not just about protecting the wife and daughters anymore; it’s about protecting the weak or innocent, plus every human that moves). This is not conjecture, hyperbole, nor lunacy speaking, but history, and their current acts and manifestos.