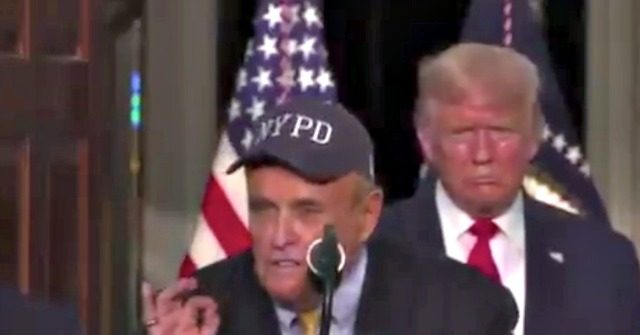 Referring to former Vice President Joe Biden’s choice of Harris as his running mate, Giuliani said, “I feel sorry for the country that he picked that horrible prosecutor.”

Giuliani spoke about Harris during an event at President Trump’s club in Bedminster, New Jersey, where the Police Benevolent Association of the City of New York endorsed Trump.

“That woman is a bully,” Guiliani continued, referring to Harris. “She prosecuted little people and she wouldn’t prosecute big people.”

Guiliani said that Harris prosecuted people in California such as marijuana smokers but not the rich and the powerful.

“All the politicians in San Francisco, all of Willie Brown’s friends, they went free, but she went after marijuana smokers,” he said.

“Tell me this isn’t a horrible person,” he said.

The former New York City mayor praised Trump for standing up for police officers and urged all of them to fight to elect him for four more years.

“We need him more than he needs us,” he said.