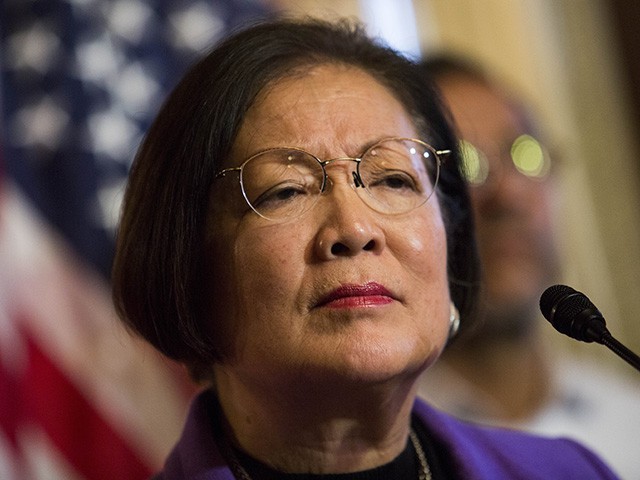 The “suburban housewife” will be voting for me. They want safety & are thrilled that I ended the long running program where low income housing would invade their neighborhood. Biden would reinstall it, in a bigger form, with Corey Booker in charge! @foxandfriends @MariaBartiromo

Host Joy Reid asked, “What do you make of the ways in which — the contrast between the ways in which Donald Trump is talking about women, just this week, suburban housewives and what Joe Biden was able to do with his pick of Senator Harris?”

Hirono said, “The president continues to show all of us what a misogynist he is, from the very beginning, and continues to attack strong women. He can’t handle strong women. He’s called me nasty and vicious. That’s what he does. In contrast, Joe Biden’s pick of Kamala Harris is not just historic but acknowledgment of the leadership qualities, intelligence and skills she brings to the table. Strong theme for them, supporting families and women. Versus what Donald Trump is doing.”

Something Very Weird About Kamala Harris & Biden Photos Together