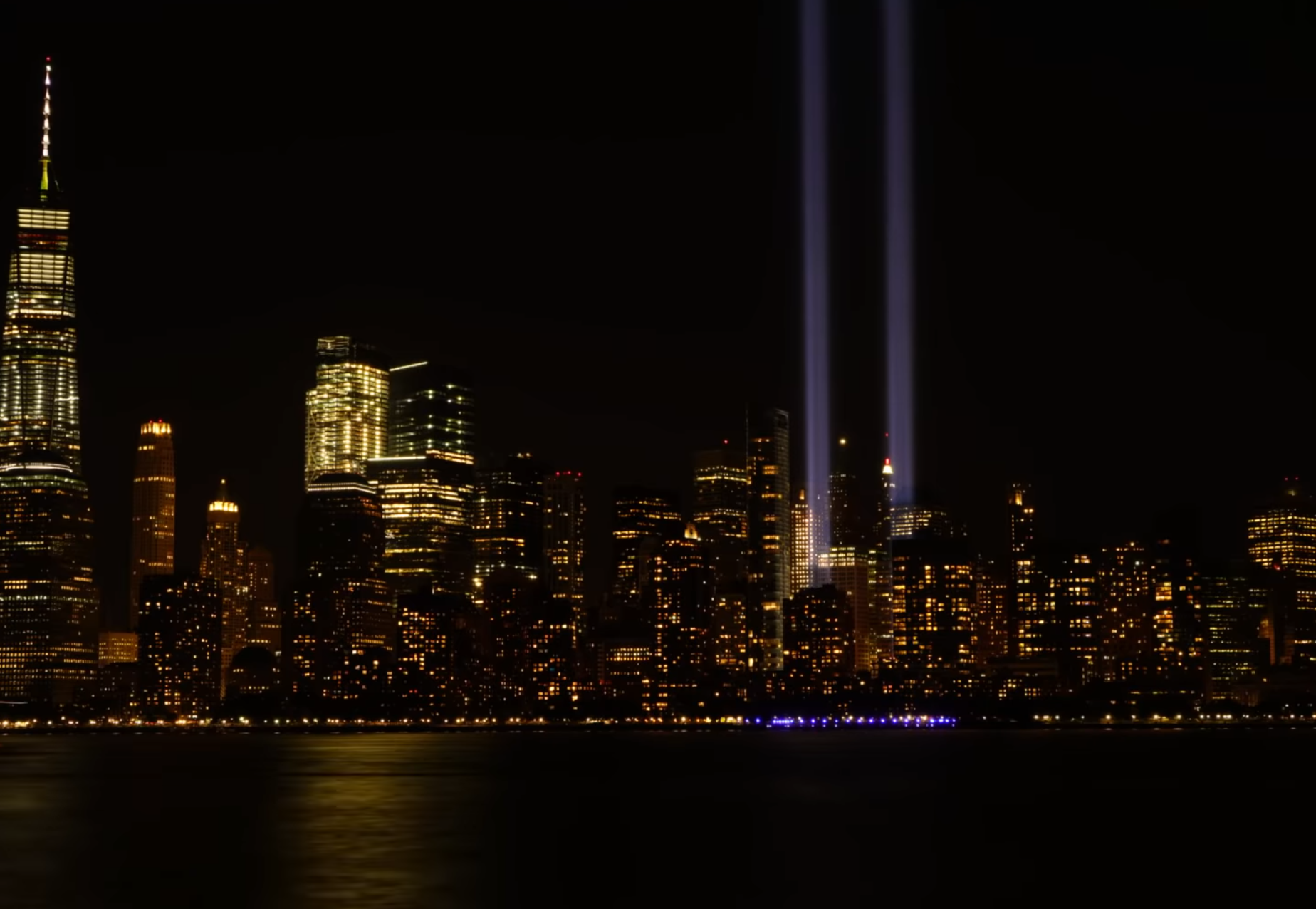 It is bad enough to come to the realization that Americans are becoming a cowardly people. What makes it worse is that within living memory we have the example of heroic men and women who laid down their lives to save others as the Twin Towers toppled and thousands of heartbeats fell silent.

Friday, the feckless leaders of New York City’s September 11th Memorial Museum have chosen to dishonor the memory of those heroes by cancelling the annual light display to their lasting memory.

The reason given for cancelling this display, an annual prayer and tender opportunity for reflection, is absurd and cynical. Like everything in our locked down lives the coronavirus is to blame. How, the non-profit museum wonders, could the lights be assembled without creating a super spreader event? Nevermind that grocery stores, pharmacies, bodegas, and yes, don’t forget protests go on apace. No, there is just no way that lighting can be assembled without risking a new outbreak. It is ridiculous on its face.

Michael Bloomberg, the worrywart former mayor of Gotham, is the Chairman of the museum’s board, which also includes Robert De Niro and Mets Chief Operating Officer Jeff Wilpon. Maybe the latter explains this dumb decision-making. As Staten Island City Councilman Joe Borelli put it, “This was the wrong call by the museum’s board. They have the opportunity to be leaders and live up to the museum’s mission, but I suppose some, like Robert De Niro, would prefer to just keep lecturing us on everything else.”

Indeed. What is the not-so-subtle message behind this decision to erase the two thin blue lights? Could it be that along with our city’s brave firemen those lights also commemorate the 23 police officers who died that tragic day, or the more than 200 who died from related illness? Is this not the right time to honor cops? Would that be insensitive to the cultural moment? It is far easier for the museum’s leadership to sulk away from honoring police officers with pathetic excuses like coronavirus.

It’s not good enough, not by half. We need those lights. We need the shock of remembrance on that first cool evening as dusk reveals them climbing to the heavens. Our children, too young to have seen that day, need to see this tribute and be told the stories of heroes, their heroes who men in fancy suits and positions of power once claimed they would “never forget.”

If the museum will not reverse its shameful decision then the city must step in. Those lights are a part of us, every bit as much a part as the Statue of Liberty, or the Empire State Building. New York is not an old city by world standards; it has not often been the site of battles, or major upheavals. The bravery displayed by those who died on 9/11 finds an easy place on the Mount Rushmore of heroic events in the city’s history. There is nothing, surely not a virus, that should stop us from honoring that sacrifice.

If Mayor Bill de Blasio can paint a Black Lives Matter mural on 5th Avenue without a permit and pay police officers to protect it instead of, you know, actual black people, then surely he can find a few dollars to honor the heroes and victims of 9/11. The city’s prominent leaders, ever conscious of how much better they are than the average New Yorker, better wake up. People are starting to notice the criminals and pedophiles being put up at fancy hotels near their kids’ parks. They are noticing the crime and vagrancy, they see what is happening. Cancelling the lights will also be noticed, with anger.

For Years, Journalists Cheered Assange’s Abuse. Now They’ve Paved His Path to a US Gulag