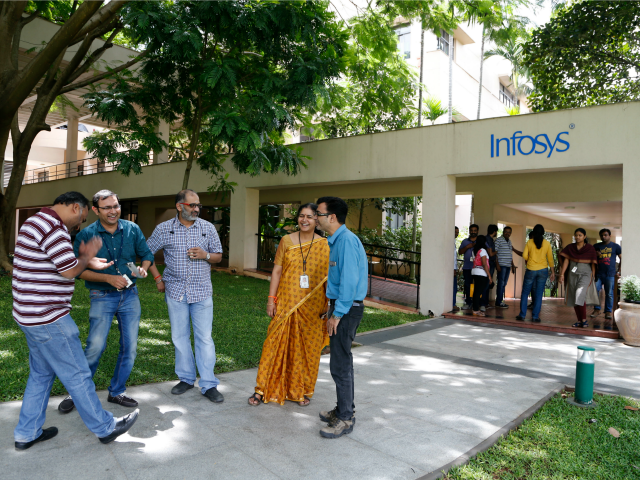 “The H-1B visa is sort of a Trojan horse to bring in folks who cannibalize our own workforce and ultimately take any number of intellectual property secrets, or proprietary information, back to their home countries,” Theo Wold told Sirius XM’s Breitbart News Daily host Alex Marlow.

Wold is a deputy assistant to the President for domestic policy.

The program’s flaws are highlighted by President Donald Trump’s August 3 decision to stop the H1B outsourcing of up to 300 jobs at the government-controlled Tennessee Valley Authority, Wold told Breitbart:

TVA runs a number of critical dams in the southeast, has proprietary source code that was formed by the U.S. government to control the electrical-generation grid, and also has access to a nuclear power station. So not only were we firing American workers … we were also bringing in foreign nationals to run critical national security infrastructure.

Your listeners need to know the H-1B [program] hinges on this idea when it was created by Congress back in the early late 1980s, early 1990s, that wherever there’s a shortage of qualified of willing American labor, private sector employers can bring in foreign labor units to take positions in our economy. The problem here of course is there are plenty of qualified and willing American [TVA] workers — so qualified that their employer trusted them to train their foreign replacements.

Fortune 500 companies and their many subcontractors keep roughly 600,000 H-1B workers in the jobs needed by American graduates. Some of the H-1Bs are skilled workers, and most are nondescript, but CEOs prefer them to Americans because they cannot complain, argue, quit, or switch jobs.

Many H-1Bs are training to perform the Americans’ jobs before exporting the jobs back to India. That practice boosts Wall Street values by denying careers to American graduates.

The H-1B program operates alongside a series of other visa programs and work permit programs that keep another 700,000 additional foreign graduates in U.S. jobs. Many of those graduates are paid little — or, sometimes, nothing — to do gig-worker jobs for Fortune 500 companies. This gig-worker economy has closed off many of the starter jobs that were once used to gradually train Americans for top corporate jobs.

Journalists at establishment media outlets do have the freedom to follow the money through the many white-collar and blue-collar visa worker programs.

The President then decided to take decisive action, so he signed an executive order a week ago [on August. 3] that will essentially eliminate the ability of the federal government to do this kind of outsourcing … in the future.

Federal, state, and local governments employ at least 18,000 H-1Bs in jobs that could be held by Americans.

On June 22, Trump signed another Executive Order to close down the pipeline of white-collar H-1B, J-1, and L-1 workers, as well as the pipeline of H-2B manual laborers. The E.O. is expected to temporarily bar the arrival of perhaps 80,000 H-1Bs, plus thousands of J-1s and L-1s, while hundreds of thousands of new U.S. graduates and fired U.S. professionals look for jobs.

Trump also directed his agency deputies to write new regulations that would reduce the Fortune 500’s widespread use of visa workers as cheap labor replacements for American voters.

That is bad news for Democrats going into the 2020 election. Many Democratic legislators do support the H-1B-like programs as a political trade to get Fortune 500 support for more legal immigration.

Watch Pres. Trump talk with TVA workers about outsourcing, opportunities, and security.
There is a passing mention or two about the TVA chief’s $8 million salary.
Labor Sec. Scalia promises a huge reform of #H1B staffing rules.https://t.co/ZcaaxEGrZT

The H-1B [program] not only cannibalizes sectors of the economy, it has a cascading effect on everyone’s wages. These folks who come on H-1Bs are essentially exploited. They’re promised the opportunity of someday getting a green card — so eventually, U.S. citizenship — and they’ll work long hours at a cut wage for that ultimate goal.

The administration has a really good story to tell on this over the last three and a half years. We’ve graduated more young men and women — because of the President’s insistence on skills training, on investing in apprenticeships — … computer science, engineering, information technology — than ever before.

And what’s more, what you’ll never hear the Silicon Valley barons talk about, but our college graduates last year, our seniors who finished college last year, beat the pants off of their peer competitors in China, India, and Russia, across a whole host of testing metrics

So we’re graduating qualified people, smart people, who can fill these jobs here in our own country. And it’s important right now during the pandemic that Americans have the confidence that we … can put this country in a position of dominance in the information.

However, Wold made his statement before Breitbart posted the news that the Department of State has issued a bulletin allowing companies to import more H-1B workers: