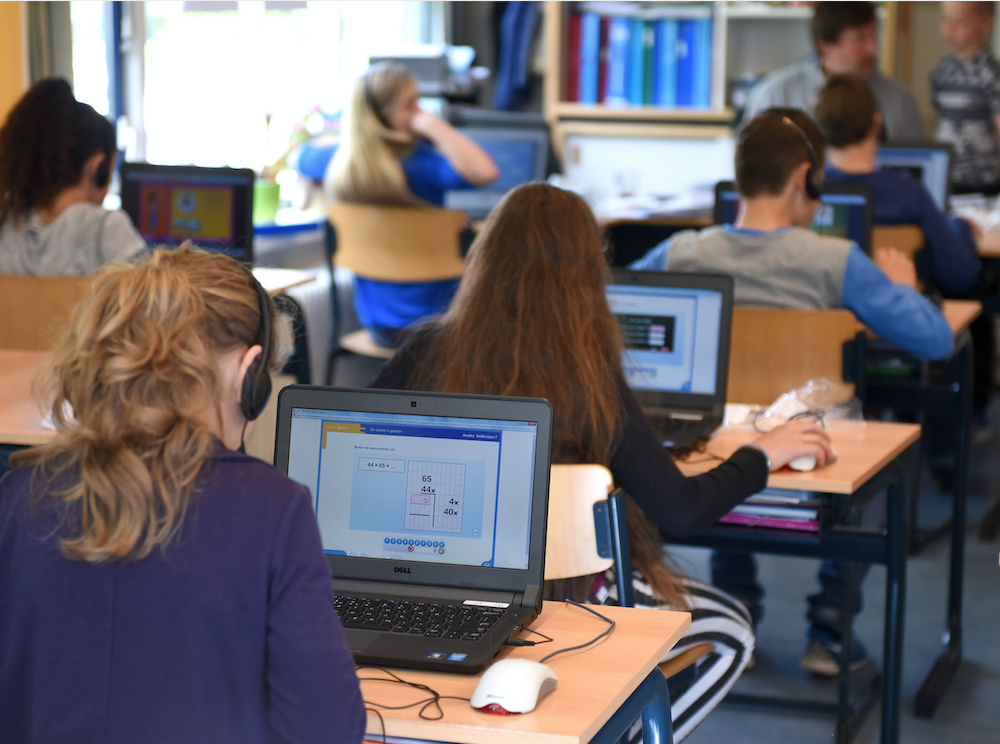 A year off from school will depress students’ academic outcomes and decrease their future earnings by 10 percent for life, according to a Harvard University researcher.


Keeping Kids From School Will Affect Their Entire Lives

Dr. Paul Peterson, a senior fellow at the Hoover Institute and the director of the Program on Education Policy and Governance at Harvard, explored the serious risks of not sending students back. According to his research, the longer the schools are shut down, the lower this generation’s future earnings will be, and they will never recover.

“For every year that you spend in school, in the future, you will earn 10 percent more in lifetime earnings,” he said of his research. “So, if we locked down schools for a year, we assign this generation of students to a 10 percent earning loss in the rest of their life.”

Alongside the reduced future earnings, Peterson argues that serious non-academic growth will be lost in a virtual environment. The social growth and learning that comes from studying alongside peers cannot be replicated through online streaming.

Further, it is easier for problems, both academic and personal, to fall through the cracks when learning is not in person. Peterson relayed a story of how he discovered he needed glasses only when an elementary school teacher noted a problem. Personalized help like this will be lost.

Mothers’ Concerns about Academics Are Serious, Too

Several mothers from the East Coast and Midwest raised various concerns about the problems with distance learning. While each mother had different reasons the issue mattered to her, they all agreed classes must resume in person come fall.

Elica Macia, a single mother from Wisconsin, explained how the support system of attending school in person greatly benefitted her bilingual son. She said: “It was kind of difficult for him because it’s really hard being bilingual and having to — to learn two different languages… That was the advantage that, when he needed help, teachers were there to help him and, you know, fulfilled whatever gap, you know, was not being covered.”

Dr. Melanie McGraw Piasecki is a neonatologist with three children who supports returning to schools as both a doctor and a mother. She expressed a concern with virtual learning, especially for younger students, where the social growth and peer interactions are as central to education as academics.

“My children, I would say, did not have a great experience in the spring, particularly my youngest, who was in first grade at the time. I think the online learning for the young ones, it just doesn’t work,” Piasecki said.

Piasecki is also concerned that school shutdown measures are prioritizing the minimal risk of the disease to children over the immense problems associated with forgoing in-person learning. “The science is so clear that the risk of death or hospitalization for children with this virus is so, so low, but we know the risk of missing school are catastrophic,” she noted.

Lindsay Ammons saw her intellectually curious children grow depressed and fall behind academically during distance learning this spring. When her children’s school district in Fairfax County decided to go entirely remote in the fall, she and fellow parents in their community set up a pod for homeschooling, to maintain both the academic rigor and social aspects of school.

Nina Alvarez, a small-business owner from Tennessee, explained why school reopening can be important for parents as well as teachers. She, like many other parents, struggled to balance running her business and teaching her children, causing both to suffer in quality.

Janie Neeley is a former public school teacher and a mother of two from South Carolina whose school district has decided on exclusively distance learning this fall. While she is sure her high schooler will be alright with the change, she is concerned for her kindergartener, who has Down Syndrome. Neeley expressed how, for special-needs children, schools especially provide much-needed support.

“Schools not only provide the academics for students with special needs, but it also provides the much-needed therapies and services to address developmental delays. And the structure and routine of a school day is so critical for this population of students. It simply cannot be replicated in a virtual platform, and especially for a kindergartner with Down Syndrome,” she said.

Her husband, Chris, who is the chairman of the president’s Committee for People with Intellectual Disabilities, and Richard Corcoran, Florida’s Commissioner of Education, both expressed the special importance of special-needs children returning to school. The importance of in-school therapies and social interaction with other students is insurmountable for such children.

There has been countless media coverage of teachers protesting the reopening of schools. However, far from every teacher is hesitant to get back into the classroom. Some are actively pushing to return to their students.

An Arkansas special education teacher, Lynne Gronseth, expressed that, even with being higher risk for coronavirus difficulties due to asthma, she wants to be back in the classroom, helping her students. She explained that students in her special education program need in-person resources that do not translate well over Zoom. She worked with her public school district to create protocols that allow teachers and students to return to class safely.

Claudia Valladares, a Texan kindergarten teacher, ran a safe and successful socially distanced in-person school this summer. With the summer school precautions proving to work, including “social distancing, six-feet apart; and children had to wear masks, 10 and older,” without a COVID outbreak, it became clear that reopening was not just possible, but the proper decision.