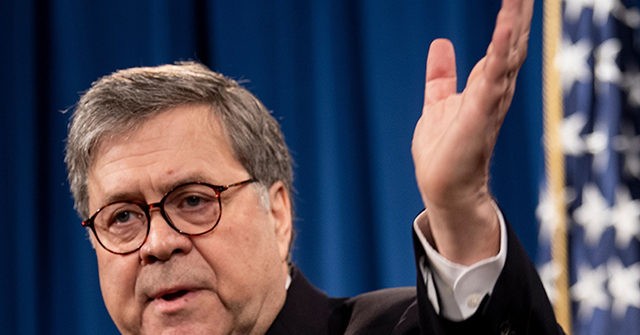 On Thursday’s broadcast of the Fox News Channel’s “Hannity,” Attorney General William Barr said that if you want an example of racism in the United States, “look no further than our public education system. That’s a racist system, maintained by the Democratic Party and the teachers union,” and that the American public education system keeps children in the inner-city in failing schools, rather than empowering students by giving resources to the parents to choose which schools their children attend.

Barr discussed the consequences of the demonization of police for residents of the inner city, [relevant remarks begin around 6:00], which Barr said will lead to lives being destroyed, opportunity being decreased, and schools being “overrun by gangs. That’s not caring about black lives.” He then added, “And people talk about implicit racism or systemic racism. The racism in this country, look no further than our public education system. That’s a racist system, maintained by the Democratic Party and the teachers union, keeping inner-city kids in failing schools, instead of putting the resources in the hands of the parents to choose the schools to send their kids to. That’s empowering kids. That’s giving them a future.”