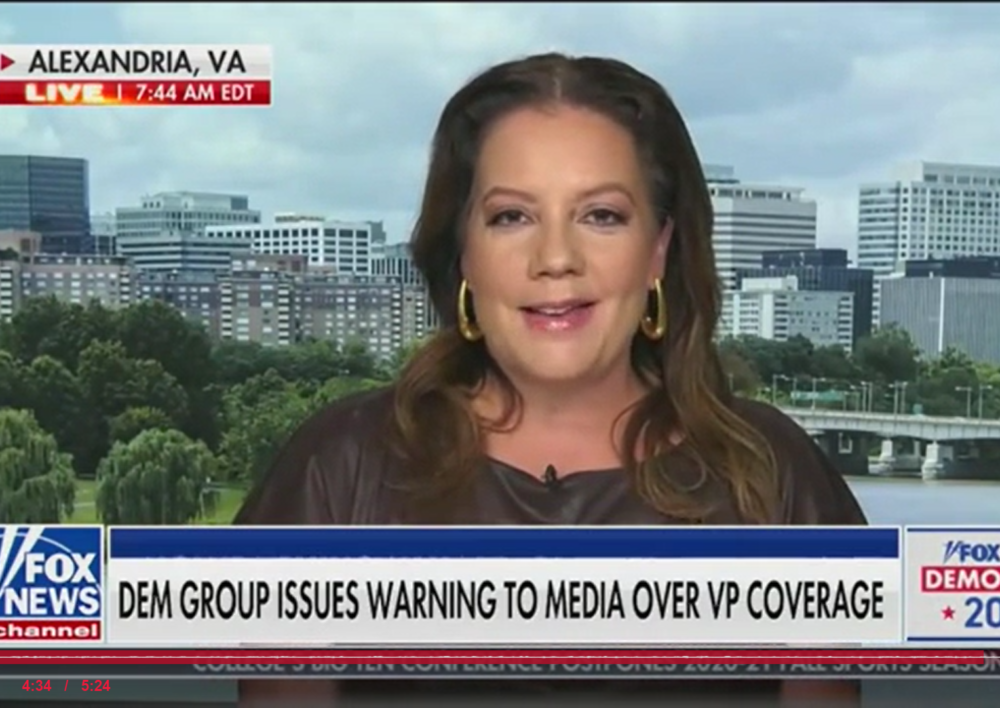 Mollie Hemingway, Senior Editor at the Federalist, criticized the media’s description of Sen. Kamala Harris as a “moderate” on “Fox & Friends” Wednesday morning, calling Harris “more liberal than all the other Democratic senators.”

“It really is an extreme thing to say that Kamala Harris is a pragmatic moderate just because factually speaking, that’s not the case,” Hemingway said. “She has the most liberal voting record in the Senate.”

Immediately after Democratic presidential nominee Joe Biden announced Harris as his running mate, the New York Times insisted she was a “pragmatic moderate.”

Breaking News: Sen. Kamala Harris of California is Joe Biden’s pick for vice president. A pragmatic moderate, she is the first Black woman on a major party ticket. https://t.co/Ttvh5RyxUB pic.twitter.com/NMcIz60ckH

The Associated Press added that Harris has a “relatively centrist record.”

The media is casting Harris as a moderate, Hemingway said, “because they know that’s what Joe Biden should have done, or what you would do if you were trying to win back all of those voters that the Democratic Party lost in 2016.”

Harris’ selection as the vice-presidential nominee, Hemingway continued, suggests that “Joe Biden hasn’t just renounced all of his formerly, slightly less Progressive left positions, but he is really digging into that by picking someone who’s a California far-left Democrat.” Because of Biden’s age and the questions surrounding his health, Harris’ background as an extreme liberal is all the more relevant.

“A lot of Americans remember her positions on guns, abortion, they remember she was a ringleader of the anti-Kavanaugh circus,” Hemingway said.

Hemingway contrasted the media’s coverage of Harris with the way the media and other treated 2008 Republican vice-presidential nominee Sarah Palin. “It must be nice to be a Democrat,” Hemingway laughed. “There were no holds barred in attacking [Palin] and using every type of sexist trope out there.”

For Biden’s running mate, a group called “We Have Her Back” has written a letter to the media pledging to watch for and condemn any “stereotypes” or sexist language used in coverage of the nominee.

“It’s very nice that these people very late to the game are deciding that that shouldn’t be done,” Hemingway said. “But a lot of what [the We Have Her Back campaign suggests] is actually just an attempt to control people’s speech. That’s inappropriate.”

“Nobody should be sexist,” she added. “But there’s a lot of attempts to not say accurate things about people if they’re women. That’s not appropriate and not something that the media should kowtow to.”