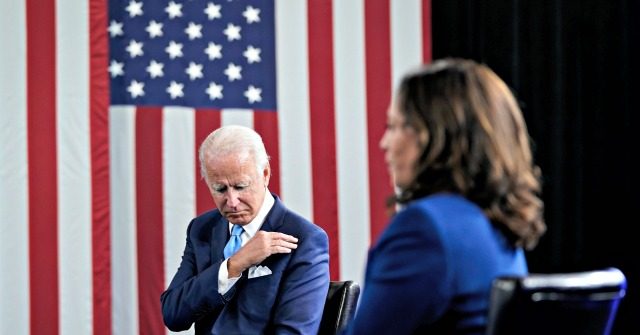 “I read today that she is very short on facts,” Trump said. “I think she’s going to be a big failure.”

The president spoke about Harris at a press conference at the White House after the California senator joined Biden for their first rally together on Wednesday afternoon.

Trump said he was surprised by Biden’s decision to choose Harris, citing their uncomfortable moments on the debate stage during the Democrat presidential primary.

“[T]here was nobody more insulting to Biden than she was,” he said.

“She said horrible things about him, including accusations made about him by a woman where she, I guess, believed the woman,” he said. “Now all of a sudden she’s running to be vice president, saying how wonderful he is.”

Trump noted that Harris’s support fell sharply during the Democrat presidential primary and hit “rock bottom” before she dropped out the race — even before votes were cast in the primaries.

“Generally speaking, you don’t want to pick somebody that went down,” Trump said. “She went down, but she went down in a very terrible way.”

Trump predicted that Harris would also perform poorly in the vice-presidential debates with Vice President Mike Pence in October.

“I look forward to the debate between her and Mike Pence because I think he will do even better against her than he did against Senator Kaine, which was a total wipeout,” he said.