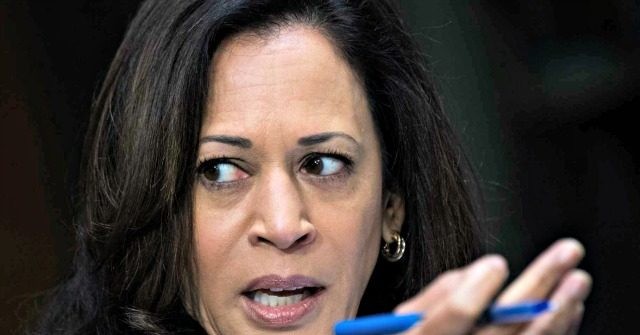 Sen. Kamala Harris (D-CA) earlier this year urged supporters in the wake of protests over George Floyd’s death to donate to a group pushing for the defunding of police.

Harris, who is now former Vice President Joe Biden’s running mate, took to social media in early June as protests over Floyd’s death in Minneapolis police custody were roiling the nation. The Senator asked supporters to “chip in” and donate to Minnesota Freedom Fund (MFF) so it could “help post bail” for individuals arrested while protesting Floyd’s death throughout the state.

At the time, the group, which opposes pre-trial detention and uses donations to pay bail fees, was being flooded with contributions from celebrities and elected officials. Many of those donating were doing so as a show of solidarity with protesters.

It is unclear, though, if Harris knew the full extent of the group’s platform while calling for supporters to contribute financially. Just two days prior to Harris’s request for donations, MFF announced its support for defunding the police.

“We’re gonna need you … to do better than vague promises of change,” the group told Minnesota’s governor upon the announcement that Derek Chauvin, the Minneapolis police officer accused of killing Floyd, was arrested. “Defund the Police. End Money Bail. Rebuild our small [Black, Indigenous, People of Color] owned businesses.”

Since then, the group has become only more vocal about its support for defunding the police. MFF is encouraging donations to Reclaim the Block, a Minneapolis-based advocacy organization calling for the city government to divest from law enforcement and commit to never again “increase the police department’s budget.”

As Breitbart News noted in May, at least 13 individuals employed by Biden’s campaign also donated money to the MFF in the wake of George Floyd’s death. Even though the campaign has denied the donations were coordinated through them, they do pose a problem, especially as Biden tries to convince voters he disagrees with more progressive elements in his party’s platform that support defunding.

The presumptive Democrat nominee said during a recent campaign event:

I don’t want to defund police. I want to get police more money in order to deal with the things they badly need, from … access to community policing… [to] social workers… who can handle those god-awful problems that a cop has to have four degrees to handle.

Neither Harris nor the Biden campaign returned requests for comment on this story.