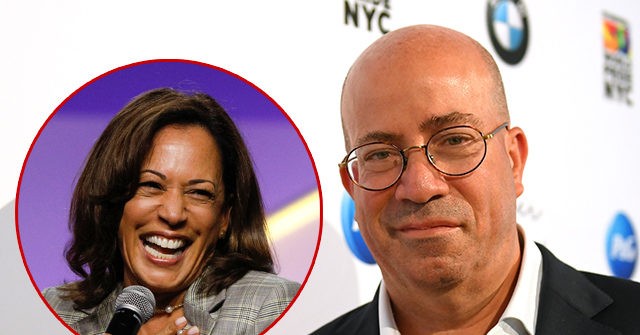 CNN editor-at-large Chris Cilizza suggested Tuesday that former Vice President Joe Biden would “step aside” to elevate his new running mate, Sen. Kamala Harris (D-CA), all but conceding that Biden will not finish his presidential term, if elected.

Joe Biden made the pick that maximized his chances of continuing to make the race a straight referendum on Trump while also selecting someone whose resume suggests being ready to step in, if and when Biden decides to step aside. | Analysis by @CillizzaCNN https://t.co/Ek4d6sfGfT

Cilizza argued that Biden’s choice reflected confidence that he will win the election in November — but also suggested that he might not be able to do the job.

At 55 years old, [Harris] represents a younger generation of leader — something that Biden, who will be 78 on Inauguration Day 2021, said was a major factor in his choice

What that all means is that Biden wants the race to be about him as little as possible.

What Biden did is make the pick that maximized his chances of continuing to make the race a straight referendum on Trump while also selecting someone, in Harris, whose resume suggests will be ready to step in if and when Biden decides to step aside.

Cilizza’s argument comes just days after CNN’s chief media correspondent, Brian Stelter, argued that it was “offensive and otherworldly” for conservatives to argue that Biden was too old and unhealthy to compete or to serve in office.

Biden’s announcement of his running mate was also awkwardly worded in a way that suggested Harris might be expected “to lead this nation starting in January 2021”:

Notably, CNN president Jeff Zucker endorsed Kamala Harris for California attorney general in the 2009-10 election, and helped her meet “movers and shakers” in New York. At the time, he was president of NBC Universal, and said that he was making a rare exception to his “very, very strict policy”  of not supporting political candidates.